Media personality, Daddy Freeze has opined that divorce is scriptural and shared Bible verses to back up his claim.

The On Air Personality stated this while reacting to Pastor Kingsley Okonkwo’s post about marriage. Recall that the clergyman had in a Facebook post stated that the bible never said that people should marry who they love, but rather love who they marry.

Reacting to this, Daddy Freeze noted that the clergyman’s post might be suggesting that people in abusive relationships should stick to their partners.

He however insisted that the bible supports divorce and quoted Bible verses to back up his claim.

“This, although vague and prone to misinterpretation, makes sense and what he is saying is scriptural. It is however especially pertinent, to none that scripture is prone to rendering in individual cultural contexts. Therefore I consider it crucial to let people know that sometimes love is impossible and divorce should be encouraged, as It is perfectly scriptural to divorce if there is immorality.

This is also quite suggestive, as the emphasis of love leading to marriage is also, in my understanding, belittled. Let’s be careful with the kind of advice that we give people, because many are stuck in bad marriages.

In whatever scriptural or traditional context we pass a message, let it ring out loud and clear, that It’s not ok to take emotional or physical abuse, because you want to ‘love’ a spouse who is maltreating you. Love them and forgive them while you divorce them.” 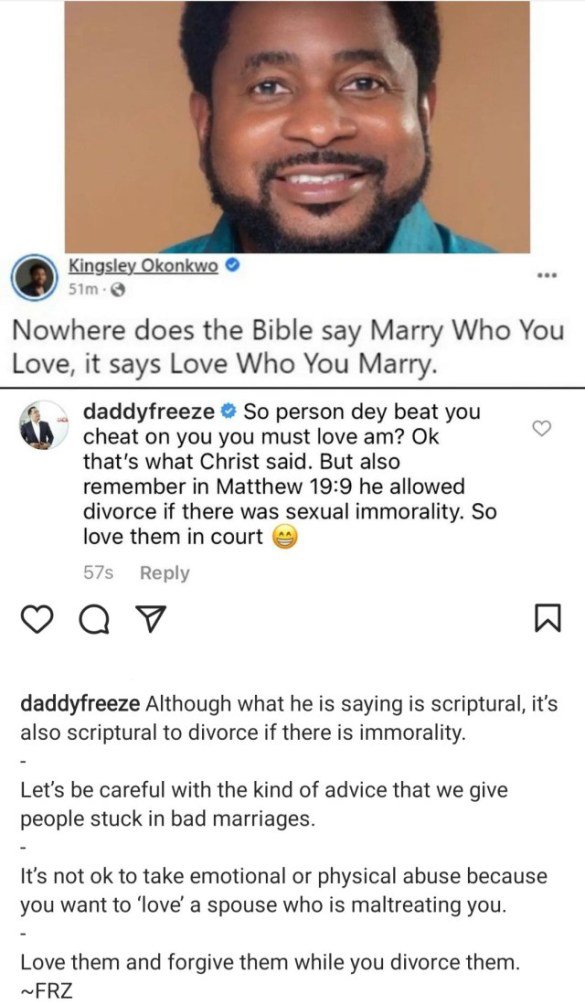 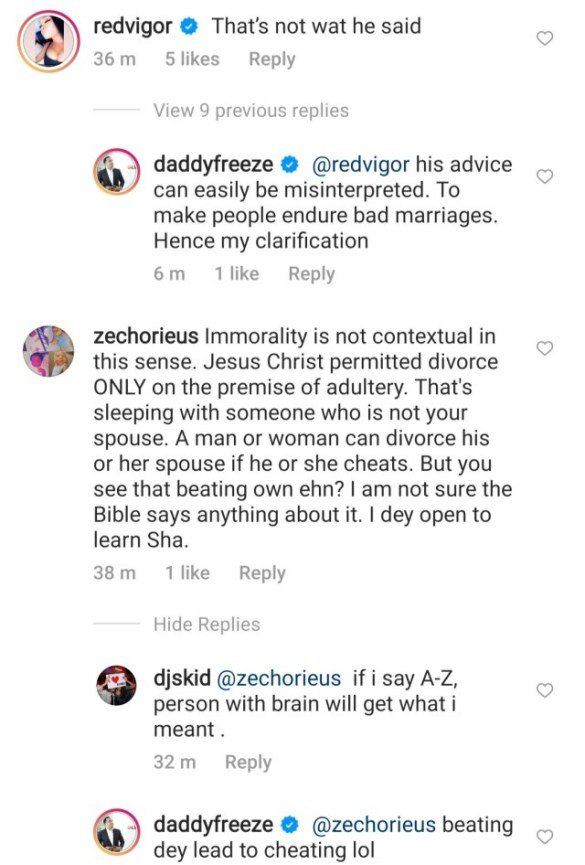 BBNaija stars Venita Akpofure, Esther reconcile
“How can humans and animals be struggling for right of way?” – Actor, Kenneth Okonkwo asks as he’s seen walking between a herd of cattle (video)
To Top