The singer has never stopped showering love on her publicly following their split.

Davido, who is currently not in the country, took to his Instagram page to show her off to his millions of fans.

Sharing a screenshot of their face timing, he revealed that Chioma Rowland is his gist partner.

This is coming days after Davido set the internet agog when he stepped out in style with his fourth child. 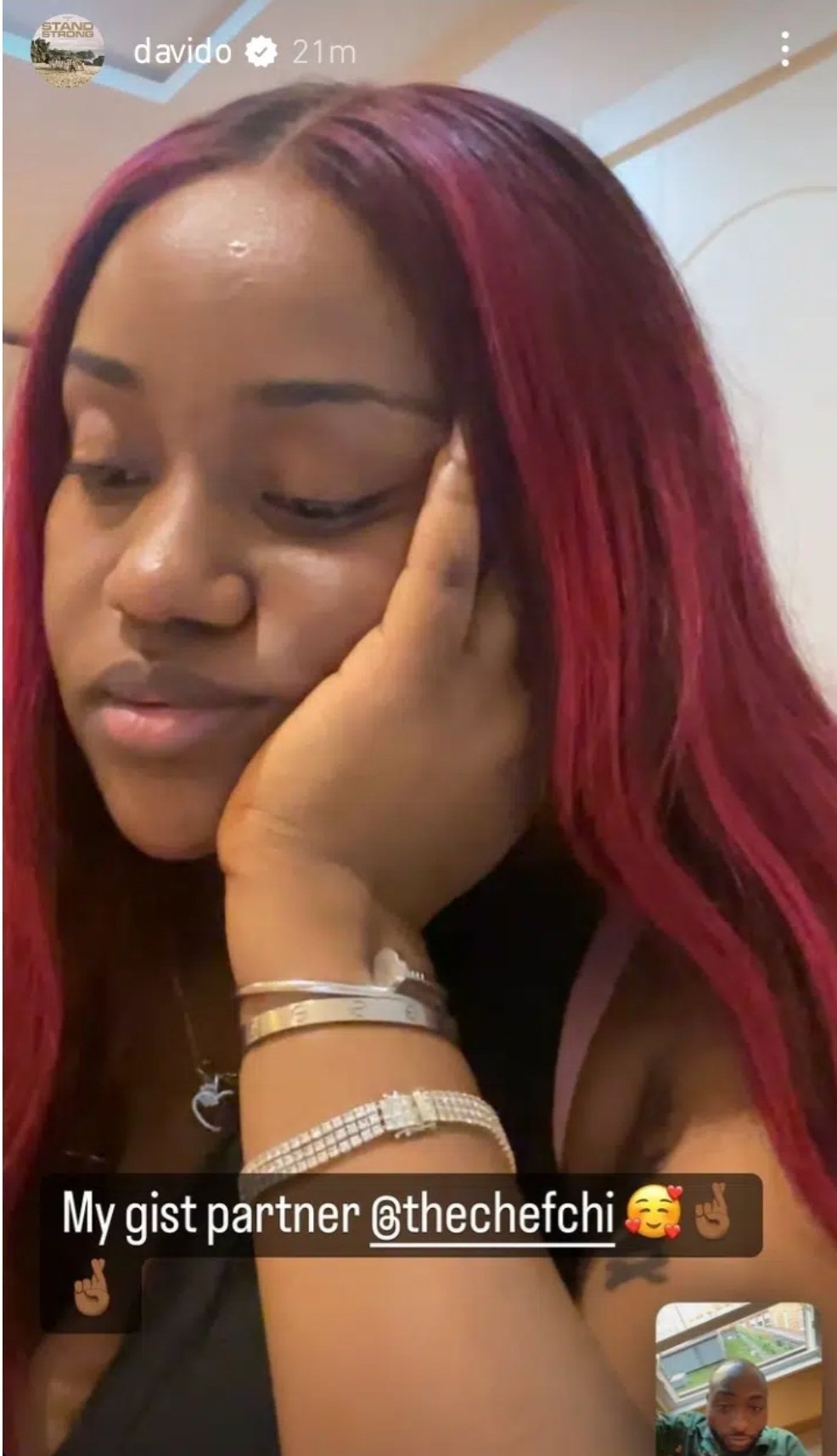 BBNaija 7: Adekunle wins HOH Challenge for Week 3 | Phyna, Khalid, Groovy, and more are Up for Possible Eviction
Annie Idibia reacts as 2baba publicly apologise for hurting her again
To Top