The baby mama of Nigeria artist and songwriter Davido, Chioma has taken to her page to render an unqualified apology to anyone she has hurt in any way.

Chioma, who is also known on Instagram as the chef chi a few hours ago, took to her Instagram story and shared a cryptic post that has gotten a lot of people to talk.

Taking to her page, Chioma has apologized to anyone she offended along the way. She stated that she is now maturing and wants to make things right with anyone she was toxic to. Chioma further disclosed that she is trying to correct her wrongs and also making sure she becomes a better person as she works on herself.

Chioma wrote on her story;

“I apologize if I ever was a toxic person in your life. I am maturing every day, correcting my wrongs and slowly but surely becoming a better version of myself”. 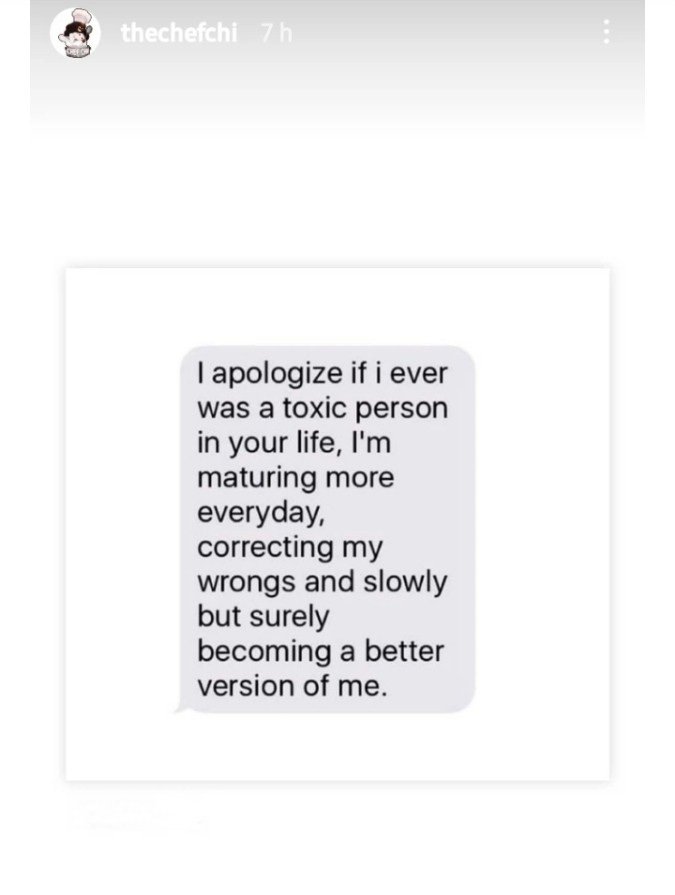