Ace singer, Davido’s response to a troll who claimed his uncle, Ademola Adeleke, will lavish Osun State’s funds in Atlanta when he fully assume office as the governor of the state spawned a subtle revelation.

The troll, identified with the Twitter handle @Atiyuski, made the claim after the Independent National Electoral Commission, INEC, handed Ademola Adeleke his Certificate of Return following his victory in the recently concluded gubernatorial elections in Osun State.

” Las las Adeleke will use Osun state money to build Atlanta Georgia. What a pity for the people of Osun state.”

In a swift response, Davido revealed that his family has had four mansions in Atlanta, United States, since 1994.

“We’ve had 4 mansions in Atlanta since 94 #FACTCHECK,” Davido tweeted. 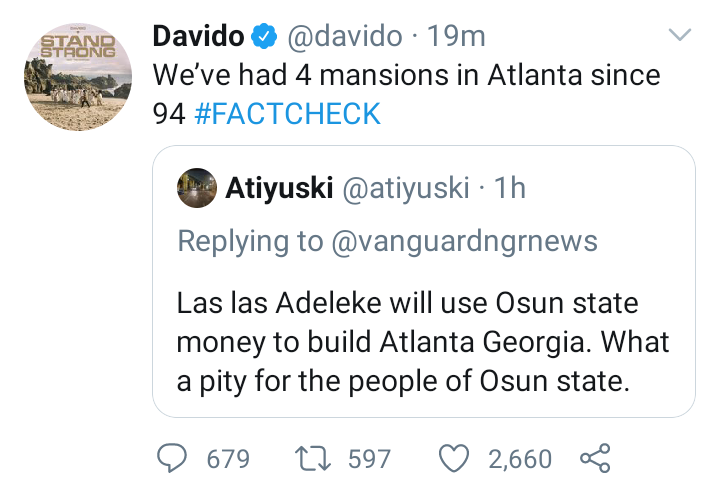