Popular Afrobeat singer Davido Adeleke reacts as a notable Instagram comedian, Sabinus, is spotted on one of his throwback music videos.

The content creator who received a grand award at the eighth edition of the AMVCA event caught many by surprise being spotted on a music video long before his fame.

The music video AZA is that of O.B.O featuring Duncan Mighty and Peruzzi, released in 2018 that made waves in the entertainment industry. 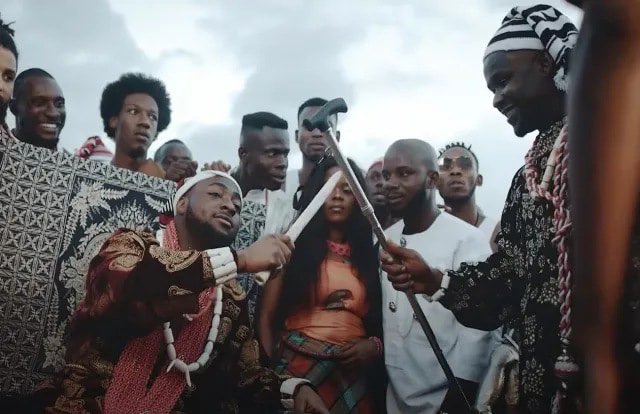 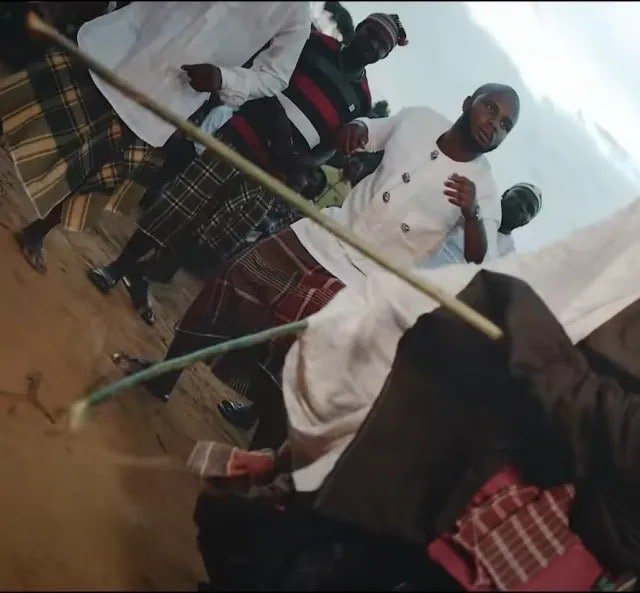 Following the viral sensation triggered by the post on the microblogging platform, Twitter, that caught the attention of Davido, here’s what he had to say about it.

Taking to his Instagram story, the billionaire’s son shared a snapshot of the post with a caption that reads; 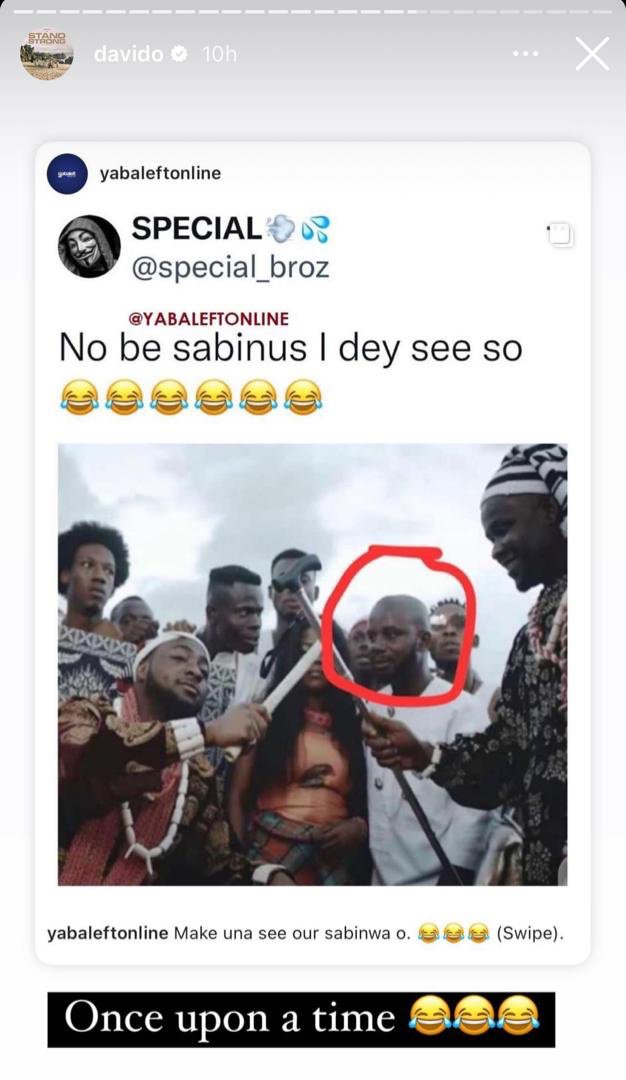