Popular Nigerian singer, David Adeleke, professionally known as Davido, has reacted after a lady shared a video of someone else driving his lamborghini.

Recall, a young lady recently shared a video of herself following Davido’s lambo after sighting it on the road.

In the video, she revealed that she abandoned what she was doing just to find out who was driving the singer’s lambo since he is currently not in the country.

According to her, she was on her way to the market when she saw the lamborghini, so she decided to pause her market mission till she finds out the driver of the lambo.

Reacting to the video, Davido called out the person who was driving his ride, demanding that he fixes his car light he damaged. 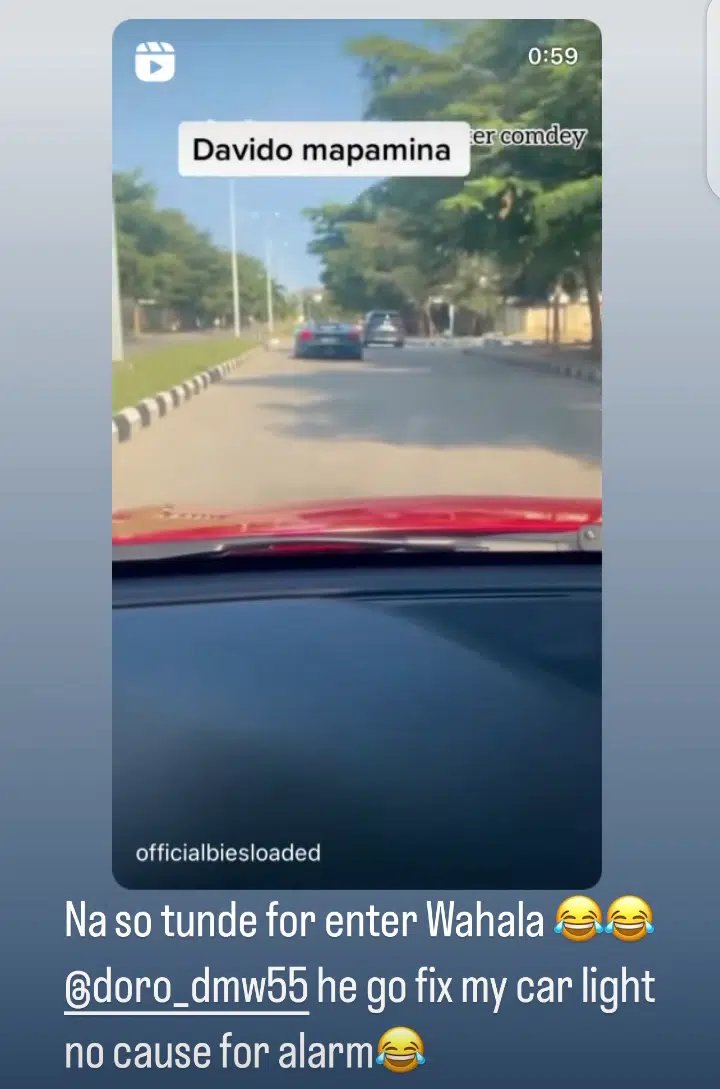 BBNaija: Amaka stays up to watch as Daniella and Khalid make out under the duvet
Kanye West declares Pete Davidson is “dead” after he and Kim Kardashian broke up
To Top