Marca confirmed that Mason Greenwood has been unfollowed on social media by several Manchester United teammates including CR7, Cavani, Pogba, and De Gea.

Why Cristiano Ronaldo unfollowed Mason Greedywood
Mason Greenwood has literally become selfish player (Greedywood), that is to say he is greedy when in possession of the ball. Putting his police case aside, Greenwood has personal issues with CR7; the two forwards don’t click on the pitch.

So Greenwood’s ra.pe case is a fine opportunity for Ronaldo to distance himself from a young player who is trying to compete with him.

The funny thing here is that Cristiano Ronaldo himself has been accused of ra.pe by one Kathryn Mayorga.

Whilst Ronaldo unfollowing Mason “Greedywood” will come as little concern for Greenwood and those who have been impacted by the behaviors that he has been accused of, it does display the immediate reaction of those who used to play alongside him.

Manchester United moved to suspend the 20-year-old upon the emergence of the allegations on Sunday morning, making clear that he would not return to training or play matches until further notice. Cristiano Ronaldo was the first to unfollow Greenwood on social media following the events, whilst Jesse Lingard, David de Gea, Paul Pogba, Edinson Cavani and Scott McTominay all followed suit on Instagram.

The club’s own official social media pages still continue to follow the academy graduate, although the legal process is ongoing and that is subject to change. 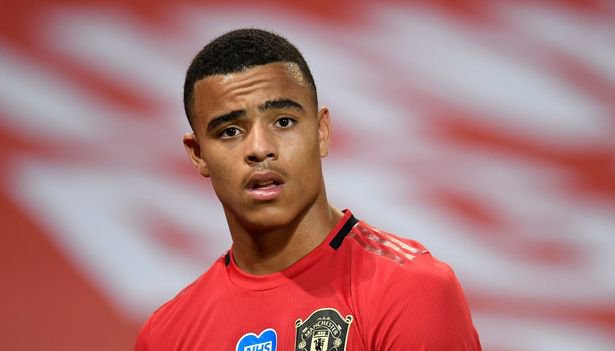 Manchester United’s biggest stars are apparently unfollowing team-mate Mason Greenwood on social media after his arrest over allegations of ra.pe and assault, with nine members of the first team squad keeping their distance today.

United’s most high-profile players, including David de Gea, Cristiano Ronaldo and Paul Pogba have shunned Greenwood on Instagram, despite following other squad members.

Rashford, Edinson Cavani, Fred and Jesse Lingard are also among those not following the rising star, who is at the centre of shocking allegations that he attacked an 18-year-old student.

Harry Maguire and Bruno Fernandes are in a group of 18 squad members who have so far maintained their support for the young forward on the social media platform, Sportsmail can reveal.

Mason Greenwood, 20, was questioned into the night by police and remained in custody early today after horrify.ing images and audio circulated on social media

The images appeared to show the woman bloodied and bruised and the audio included a voice recording of a conversation between a man and a woman, dated October last year, which purportedly chronicled the woman being attacked.