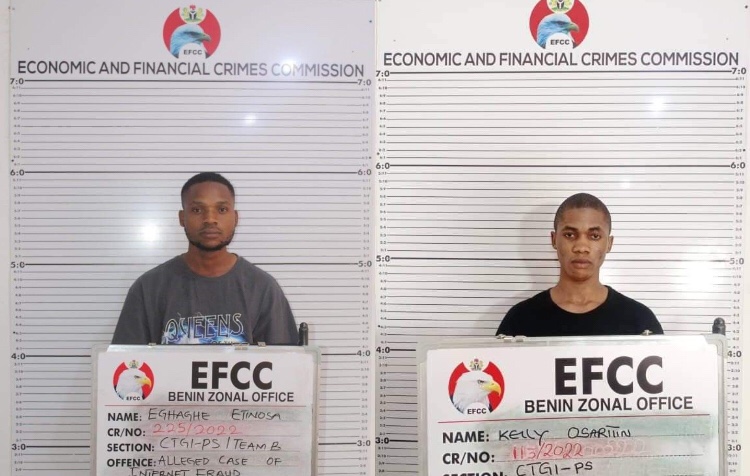 They were arraigned on one–count separate charge by the Benin Zonal Command of the EFCC. Etinosa was docked for serving as a picker “aka Aza man,” (receiver of funds) for internet fraudsters. On his part, Kelly impersonated the identity of one Dottie Ayanda, a South African woman in order to defraud his victims.