The fight was reportedly between two rival NURTW groups in the Ojo Local Government Area of Lagos State.

There was commotion at at Iyana-Iba in the Ojo Local Government Area of Lagos State yesterday as two rival NURTW groups fought dirty.

The fight reportedly left at least one person dead.

Videos from the scene show young men holding stones and cutlasses as they approach their rivals.

Stones can be seen flying in every direction.

Uniformed policemen at the scene appeared to be outnumbered so they stayed away from the fighting group.

It was later claimed that calm has been restored to the area.

However, a resident going home from work told LIB that gunshots were still heard ringing out this evening.

One Twitter user caught up in the chaos wrote;

“As dirty as iyana iba market is… I really didn’t mind today, I just wanted to save my dear life, I had to jump down from the bike. Those guys were really prepared.” 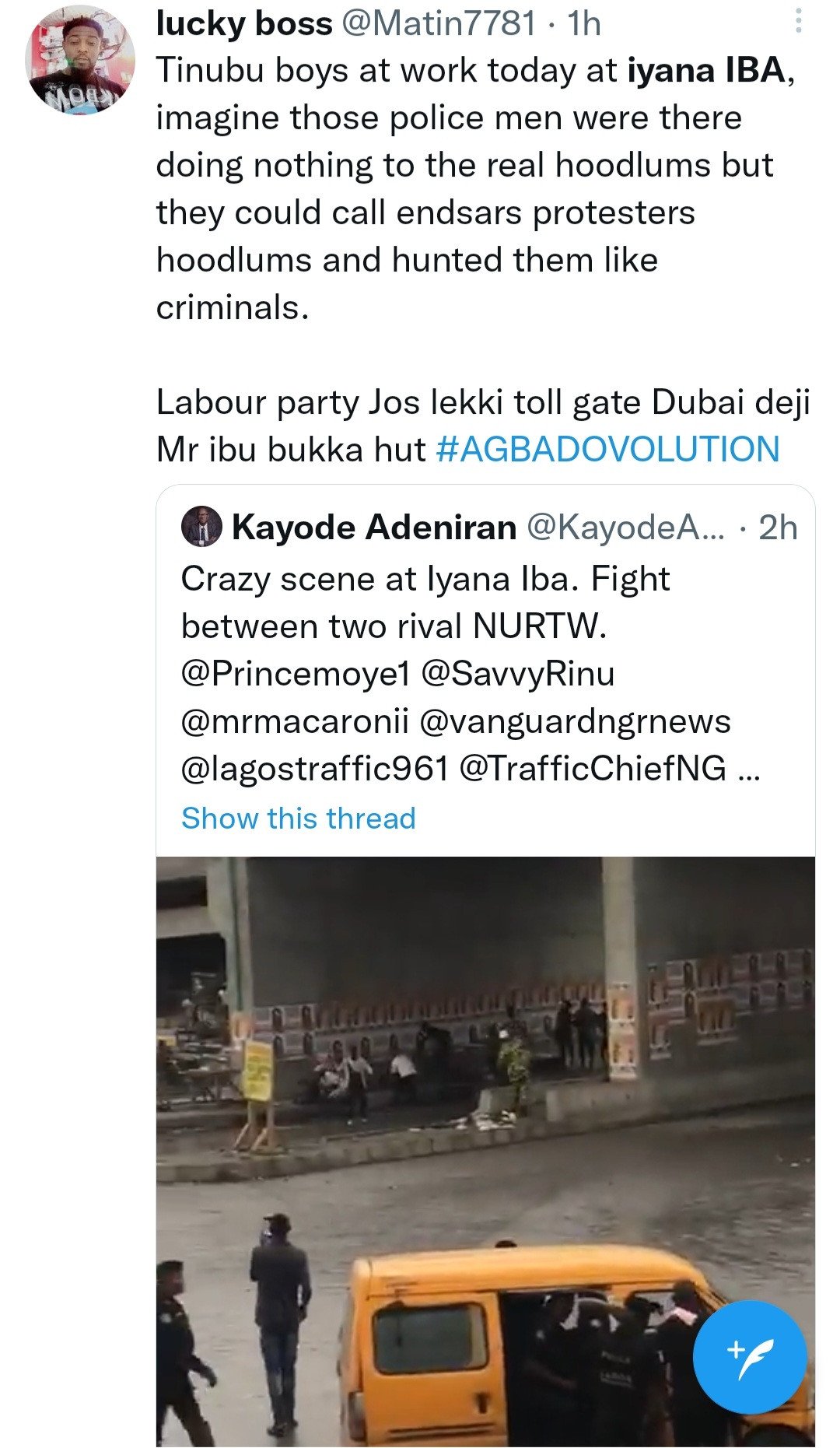