A show promoter has accused Burna Boy and his mother, Bose Ogulu, of extortion.

He claimed he paid Burna Boy $15,000 for a show and Burna posted the flier on his Instagram.

However, when it was time for Burna to perform, the show promoter alleges that the Nigerian singer refused to emerge.

He then goes on to claim that Burna’s mum, who doubles as his manager, asked him to pay an additional $10,000 before Burna would come down from his hotel room to perform.

He said he realized then that he was being extorted so he refused and Burna immediately went on social media to post that the show has been cancelled and then he and his team snuck out of the hotel through the back.

The show promoter said he has been asking for a refund of the $15k since Burna didn’t perform again but they have refused to return the money.

See his posts below; 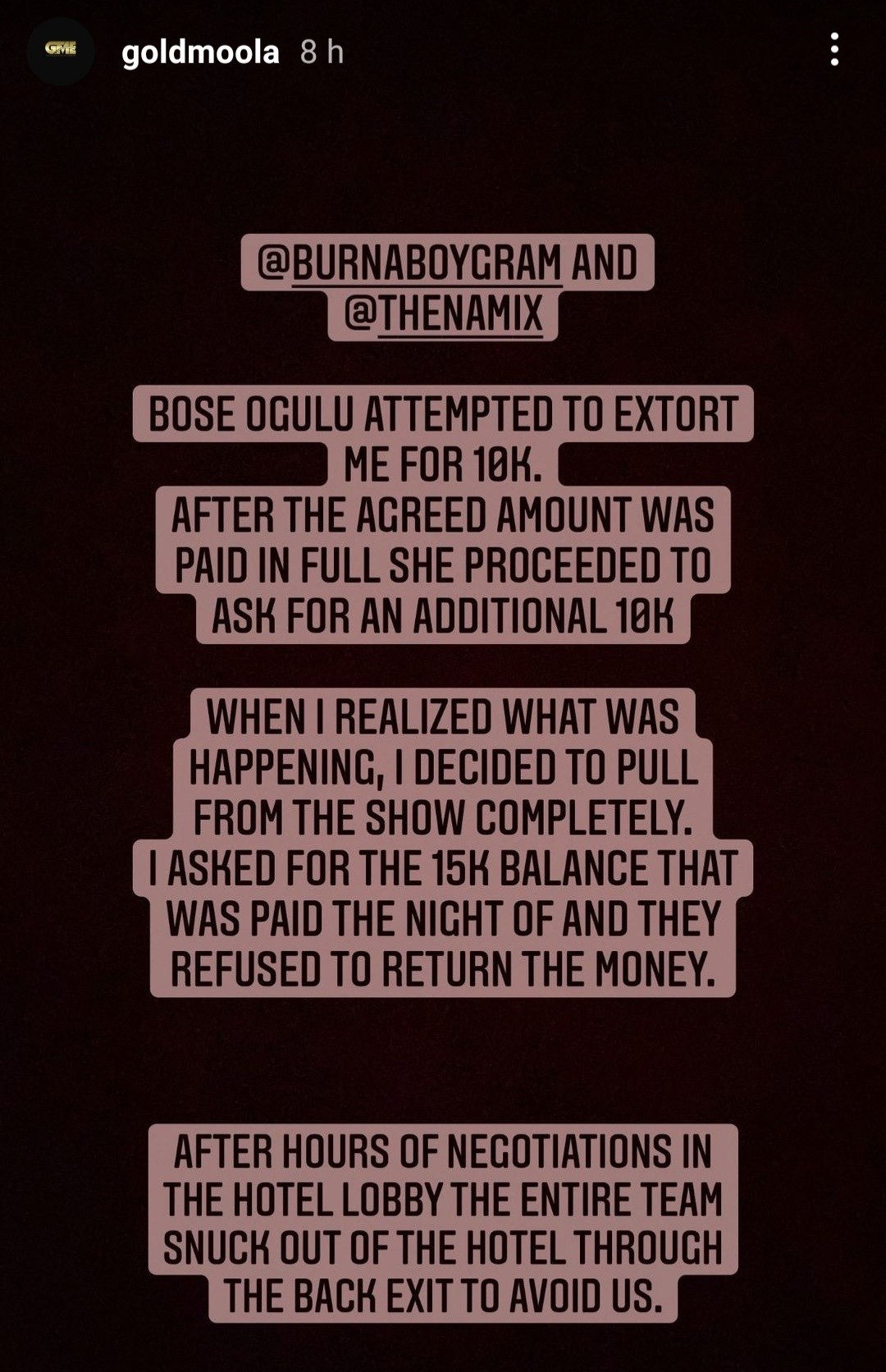 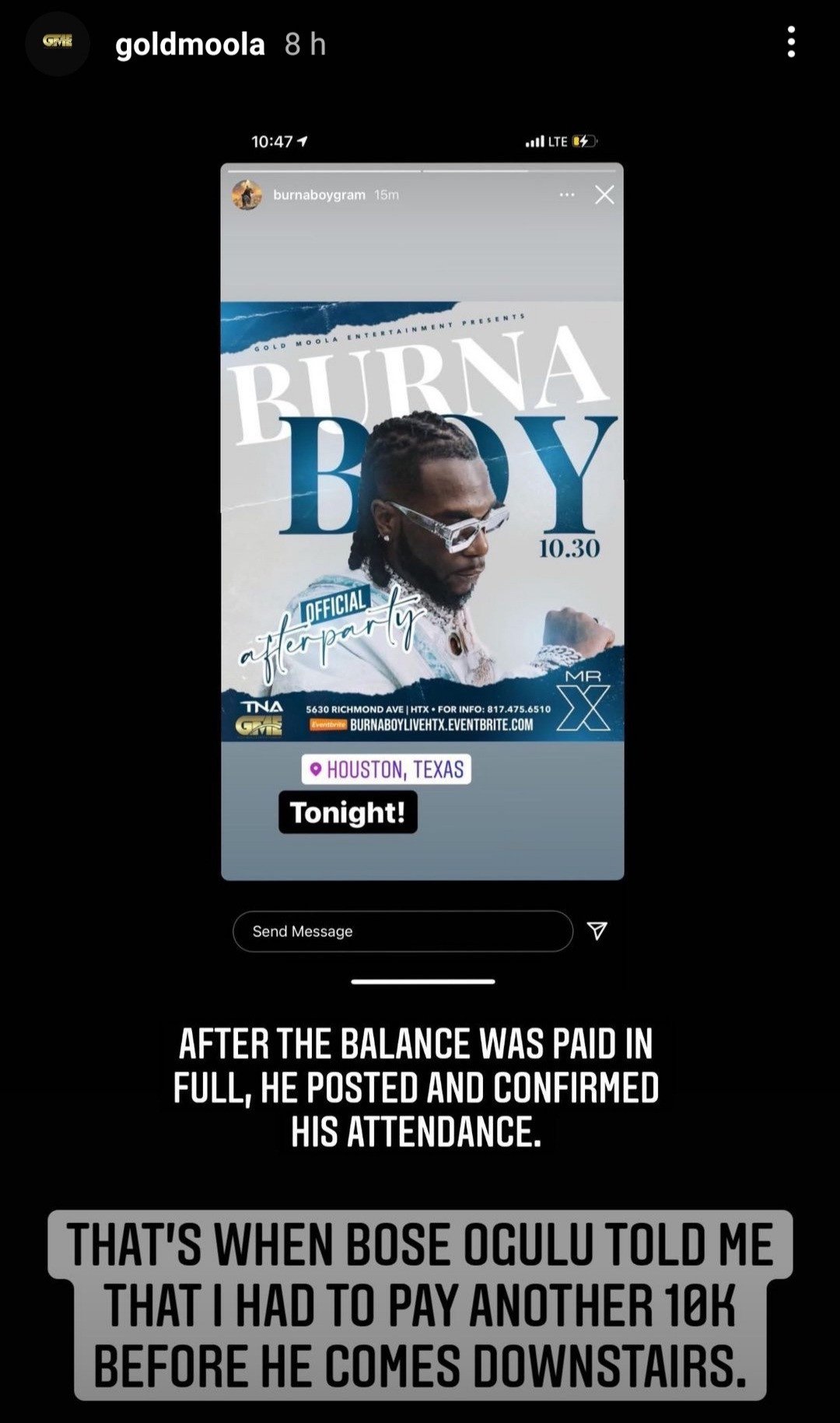 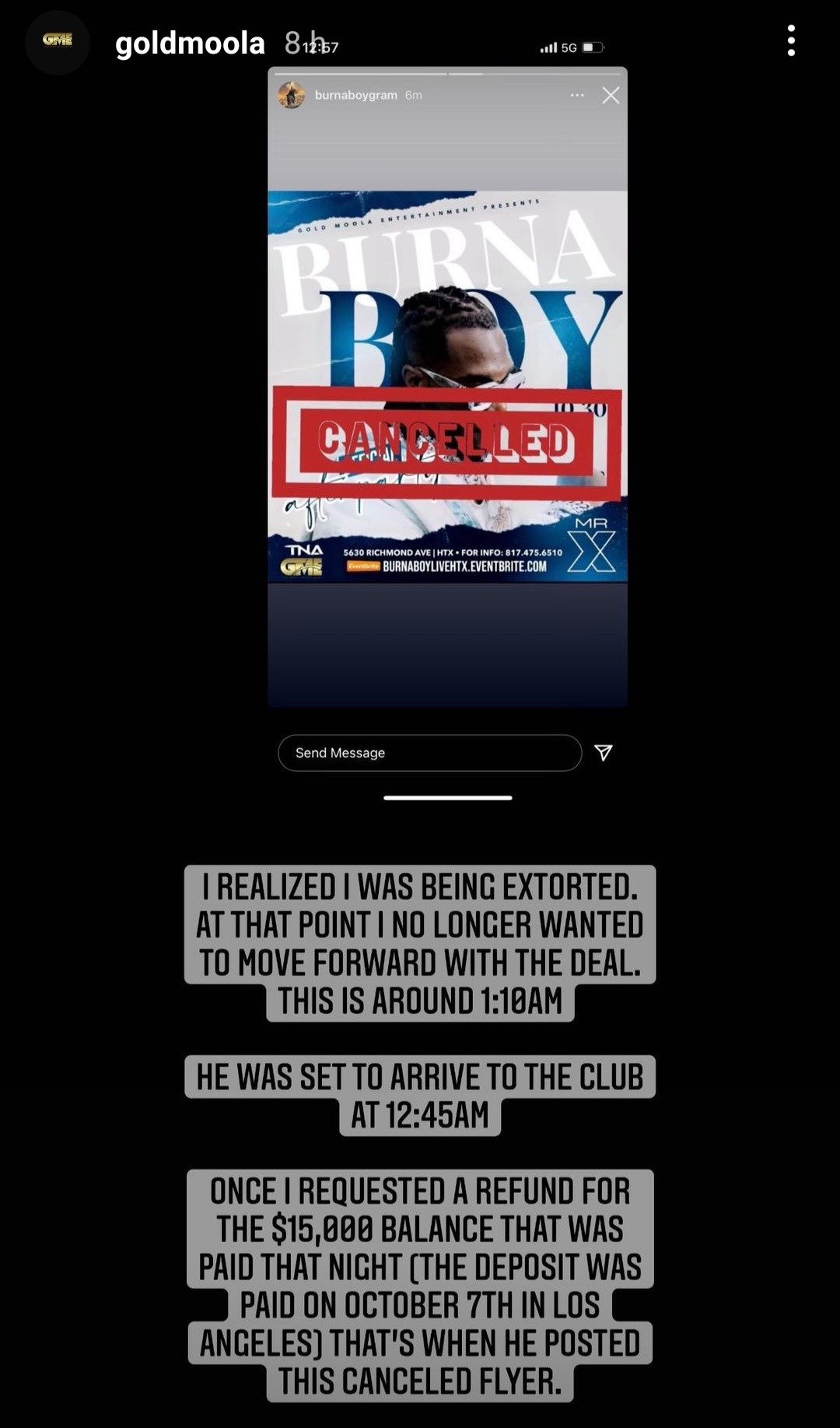 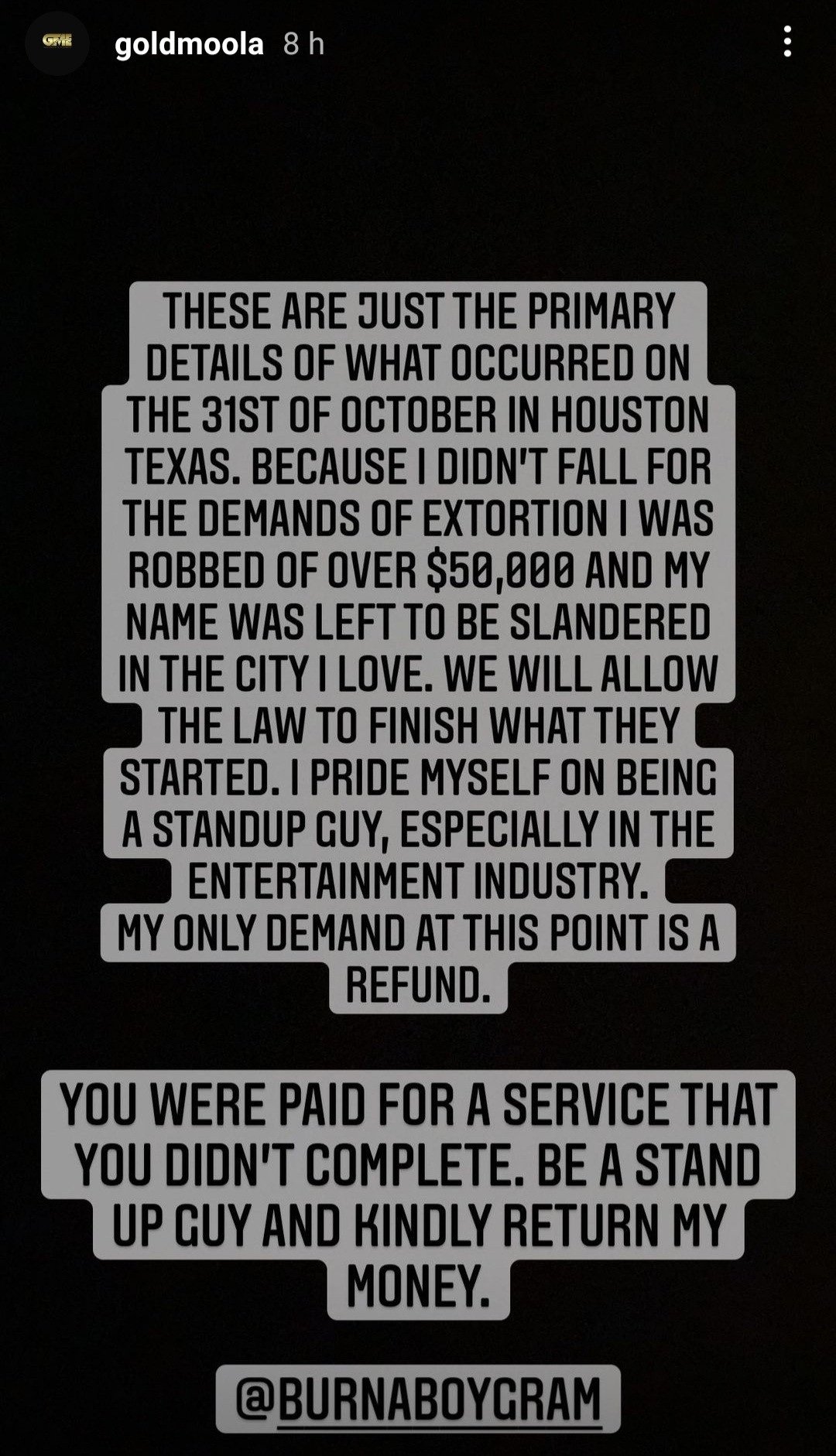 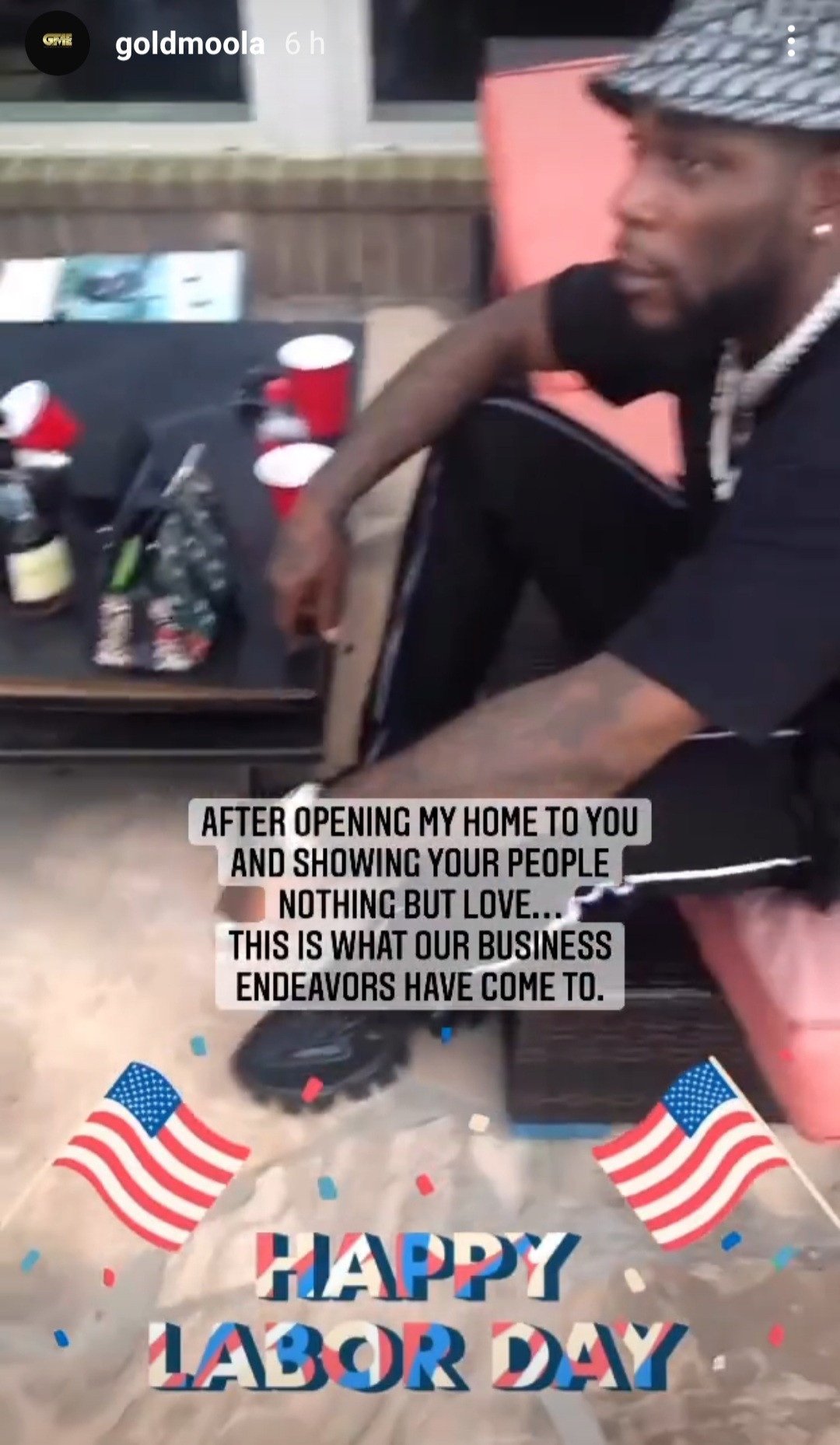 “It was a prank” Influencer, Abike “Papaya Ex” speaks on the house she posted
Cubana Chief Priest speaks on Obi Cubana’s EFCC arrest
To Top