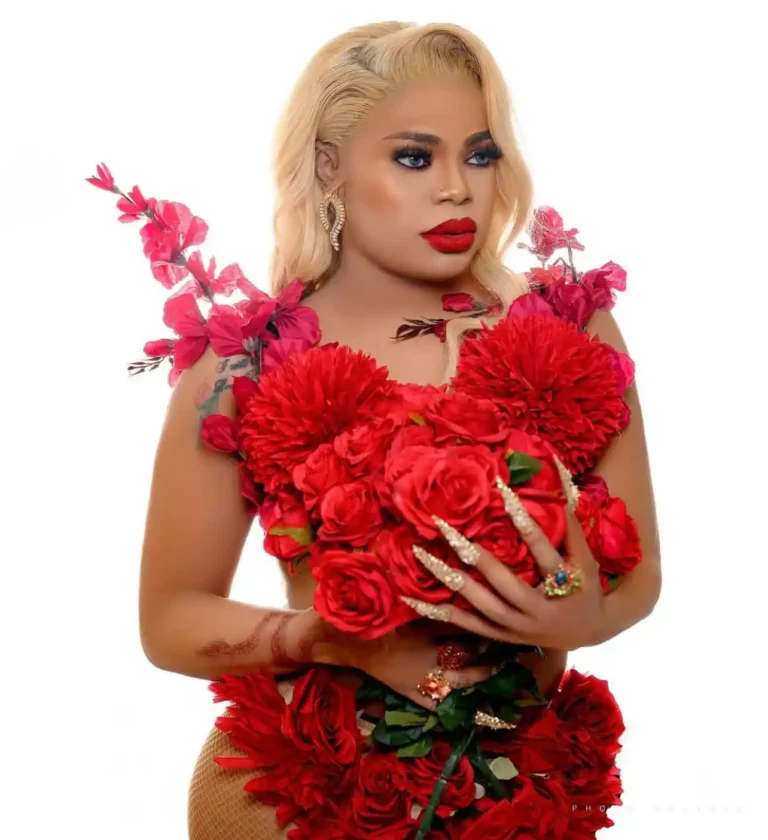 Popular crossdresser Idris Okuneye better known as Bobrisky, has been subjected to mockery over his birthday party disaster.

The crossdresser turned 31 on August 31st and treated his friends, colleagues and family to a beach party.

Kemi Filani news reported that Bobrisky had been showered with love as he marked his 31st birthday on the 31st of August 2022.

Bobrisky wowed his fans with jaw-dropping photos to mark his birthday in style. He was the talk of the internet with his styles and outfits.

Bobrisky shared beautiful photos of himself on Instagram, accompanied by a cheering birthday wish.

Happy birthday to me.

The crossdresser held a beach house party on Friday, September 2nd, to celebrate his new age.

Unfortunately, the party was a flop, as guests didn’t turn up for him.

Many were expecting to see lots of celebrities in attendance but they shunned the crossdresser.

Following the news, the internet has been awashed with many mocking the crossdresser.

sugarbaby_mimi126: People wey suppose come he don use fight and debt chase them imagine say e no fight papaya I know say that one go don shake body go there

finest_bosschick: His birthday this year was a big flop

bammy_hairmpire: It’s how he’s loosing relevance for me

ajem.ina: Massive turn up…. but then again… what about the house?

Kemi Filani news recalls Netizens had queried Bobrisky over his empty lavish cake decorations for his 31st birthday beach party on the 2nd of September.

Bobrisky had shared the lavish cake decoration used for his birthday party with his fans. Of course, this is no news to many as Bobrisky is fond of showing off cake decorations at any of his events.

According to the reactions trailing Bobrisky’s post, the decor was filled with flowers, and no cake could be seen by them.

Davido calls his Dad his twin as he appreciates him for his impact in his life
BBNAIJA: Daniella locks lips with Dotun on Saturday night’s party (Video)
To Top