According to reports making rounds, his ex girlfriend leaked the video which was taken years back before his fame.

The video was shared on blogger, Tosin Silverdam’s Snapchat handle.

The BBN finalist was seen shaking his m**hood as he proudly showed it off, to probably his then ex.

The reality star’s physical endowment has now got many talking and hailing him.

See some comments below;

“The thing too big abeg wetin be dat

“This was before he became famous I guess..look at his gap teeth, he never go bbnaija for here. All these Ex ehhhh

“Omo, Pere carry na anaconda between his laps o. Even horse own no big like that

Last year, BBnaija’s Cross’s n**e photos surfaced online as well, after a video of his mother telling him she wants to use his platform to preach the gospel.

Cross was completely naked in the photo and video, making the rounds on social media as his tattoos and manhood were in full display.

However, during an interview with TVC, Cross said the n**e photos and video was a mistake and didn’t know some of the features on Snapchat had changed.

Cross added that he’s human and likes to wear his heart on his sleeves, and the whole entertainment, social media, and celebrity lifestyle is new to him. 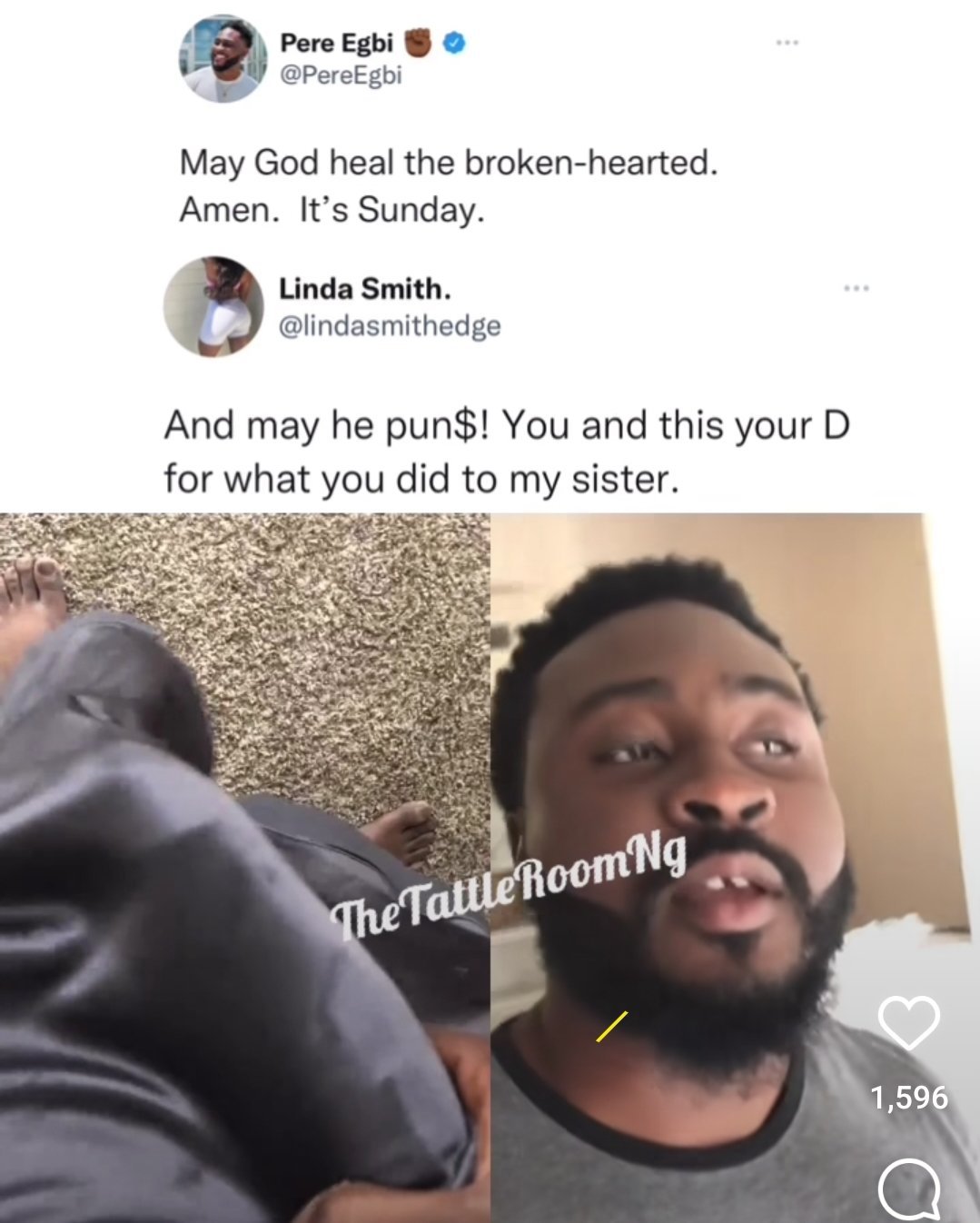 2023: Nasty Blaq opens up after being dragged for endorsing Atiku Abubakar for President
Ibrahim Chatta celebrates his babymama, Olayinka Solomon after years of separation
To Top