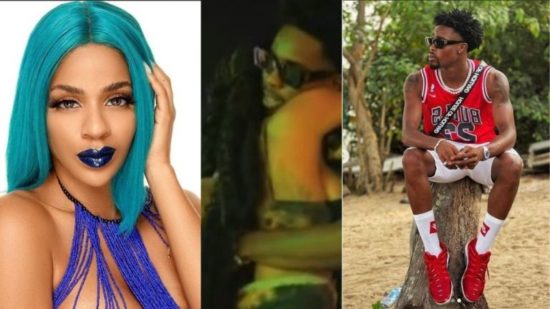 An adorable video of Big Brother Naija’s Neo and his cousin Venita who is also a former BBNaija housemate hugging it out as they finally make up has caused a stir on social media.

Recall Venita has always been against Neo’s relationship with Vee, a finalist in the season 5 edition of BBNaija and the 2 of them have been at loggerheads for a while now, and now they have finally settled their difference.

The video captured Neo and Venita hugging tightly and cheered by some of their fans and friends who were present after they met each other probably for the first time after a long while.

The video has since generated mixed reactions online. While some netizens mocked Vee for being put in the mud, others alluded that the family is everything.