Ex- bbnaija reality star, Angel has announced with excitement that she just paid for her first personal apartment in Lagos and it’s a 4-bedroom apartment.

The reality star made this known via twitter as she shares her small wins with her fans. The reality star has received lots of backlash from Nigerians following her controversial personality.

The reality star who has been setting instagram on fire with her sexy photos celebrates her new achievement. 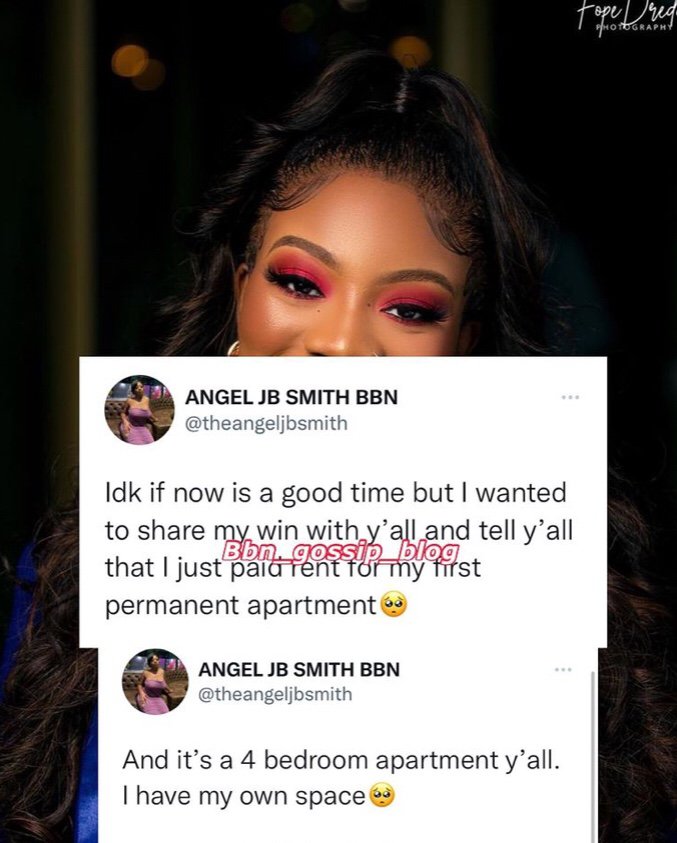