Award-winning stand-up comedian Ali Baba has clarified his earlier attack on Nollywood actresses over their source of wealth.

We reported hours ago that a video of him lambasting Nollywood actresses over their source of wealth made rounds on the net.

This came after kidnappers snatched away two veteran Nollywood stars and demanded $100k. Although they were later released after they paid a lesser ransom.

In a new video released on IG, Ali Baba attacked actresses over their means of livelihood, asking them how many movies they have acted for them to be able to afford a millionaire house.

To buttress his point, the comedian who said he was tempted to mention names, cited an example of an actress he met in Dubai who was sponsored to lounge in Dubai and later came online to make it seem like she paid for the hotel expenses.

Setting the records straight, Ali Baba stated that the video was made a year older when Obi Cubana threw a lavish burial ceremony for his mother.

He revealed that he was on set when his phones started buzzing and it was revealed to him that a video he made a year ago was trending.

Ali Baba stated that the video was posted to speak to the hypocrisy that followed the girls that went to Oba for Obi Cubana’s mother’s burial. 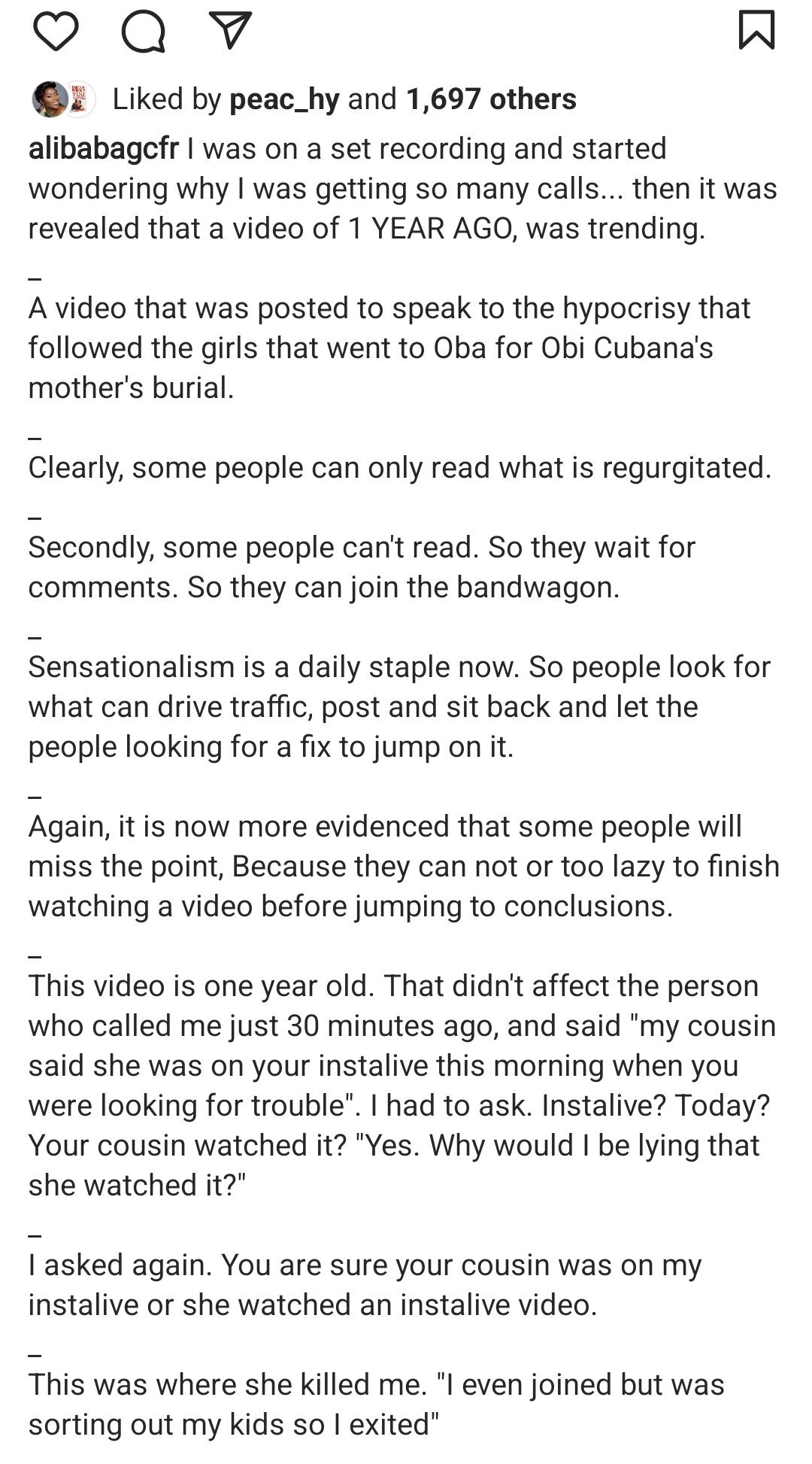 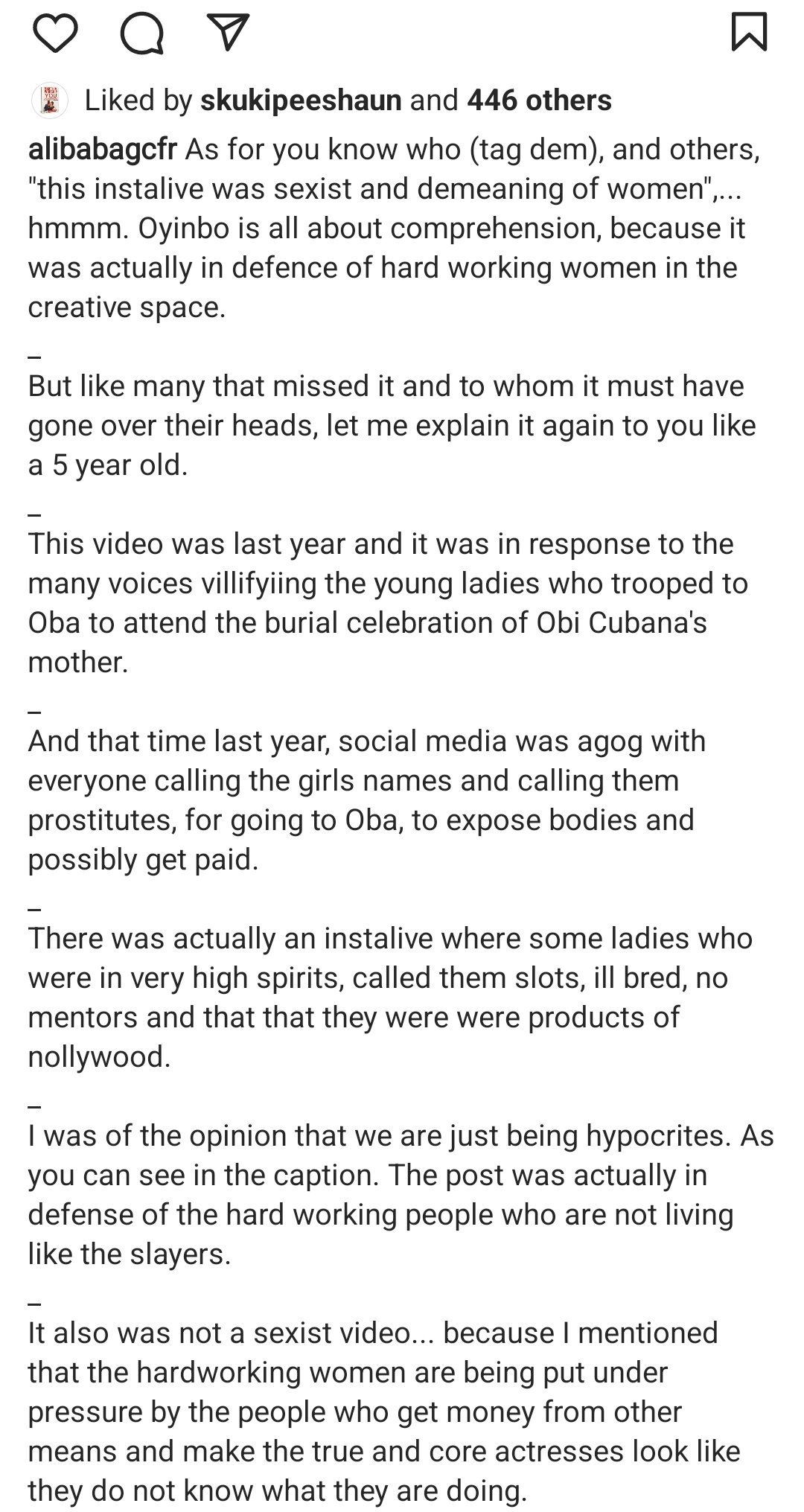 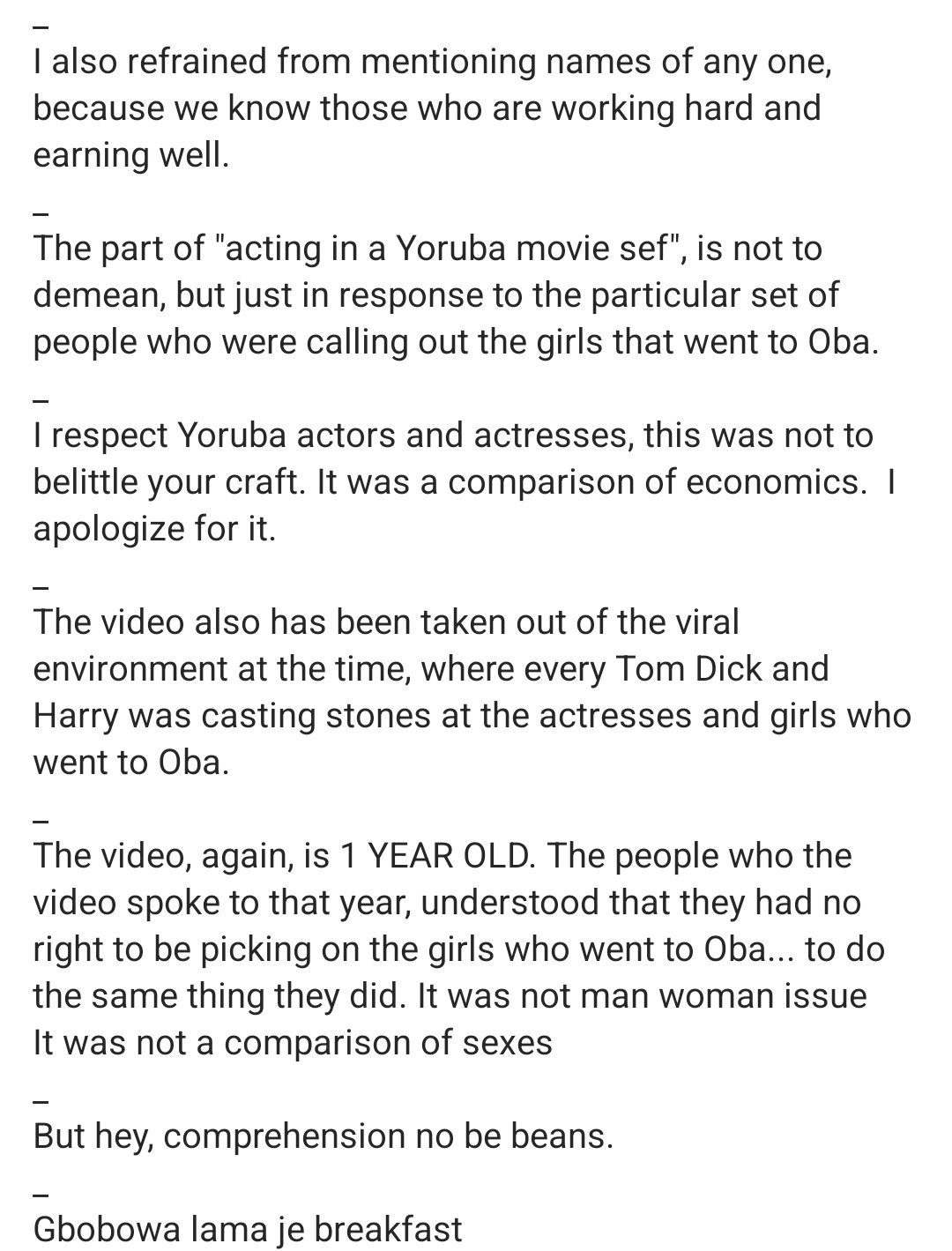