The 75th birthday of Alhaji Dr Muhammadu Indimi OFR was a remarkable one that added another feather to his cap of achievements. Marking the occasion of his 75th birthday, a special convocation was held in the prestigious University of Maiduguri (Unimaid) in honor of Alhaji Dr Muhammadu Indimi OFR- Executive Chairman of Oriental Energy Resources and renowned business mogul.

The George Okoro Studios team captured the occasion hosted by the Vice Chancellor Aliyu Shugaba exclusively to confer the honorary degree on Alhaji Dr Muhammadu Indimi for his outstanding contributions and impactful investments in the university and education at large. Gracing the occasion was former President Olusegun Obasanjo, and the President of the Federal Republic of Nigeria, Muhammadu Buhari duly represented by his chief of staff, Ibrahim Gambari.

The ceremony was followed by a luncheon which was attended by the First Lady of the Federal Republic of Nigeria- Aisha Buhari, alongside other dignitaries. VP Candidate of the APC Sen Shettima Kashim was spotted and Governor Inuwa of Gombe state was also at the event accompanied by the Secretary to the State Government, and former Vice Chancellor of the University of Maiduguri, Professor Ibrahim Abubakar Njodi. The Inspector General of Police, IGP Usman Baba Alkali among other dignitaries.
The Emir of Gombe, Alhaji Abubakar Shehu Abubakar lll and the Shehu of Borno, Alhaji Abubakar Ibn Umar Garbai El-Kanemi, Emir of Borno- HRH Dr Rilwanu Sulaiman Adamu were in attendance as well. 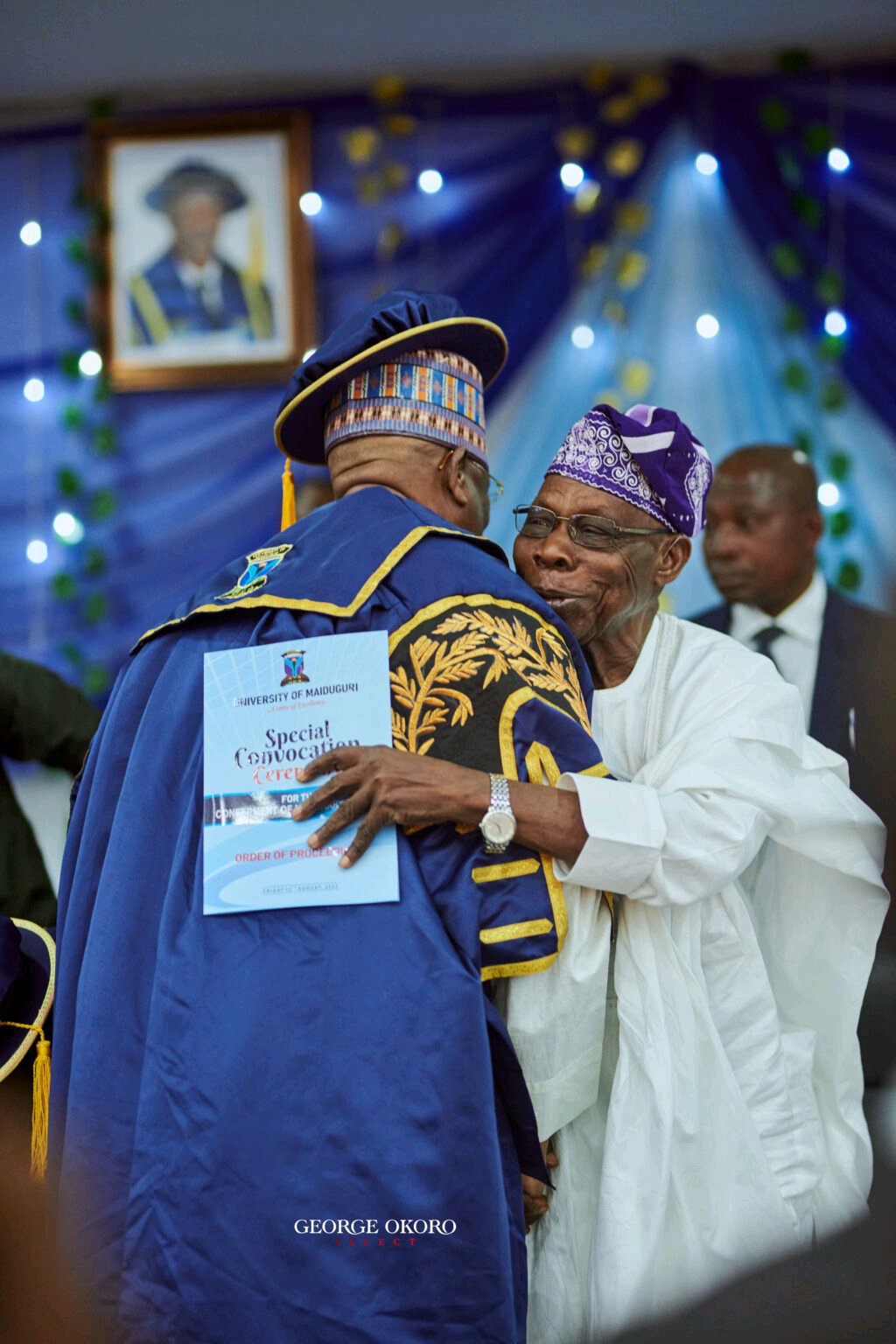 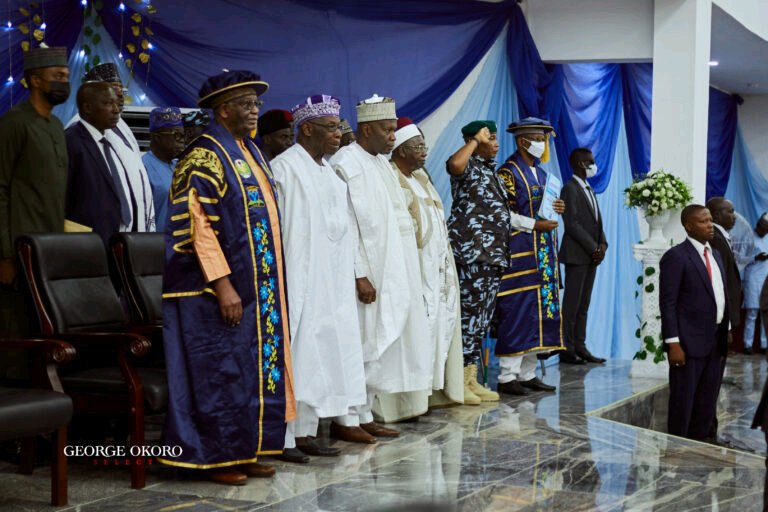 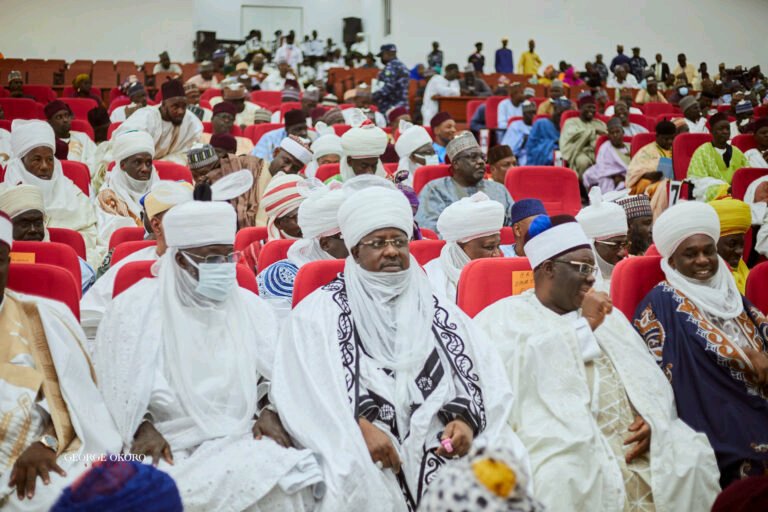 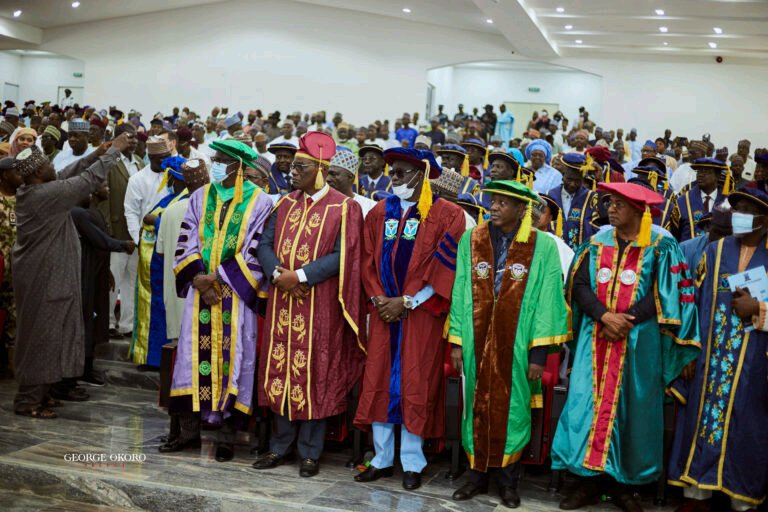 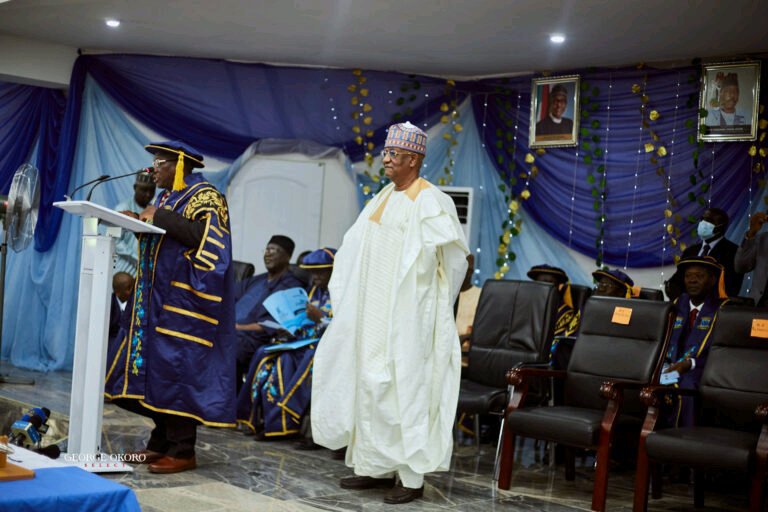 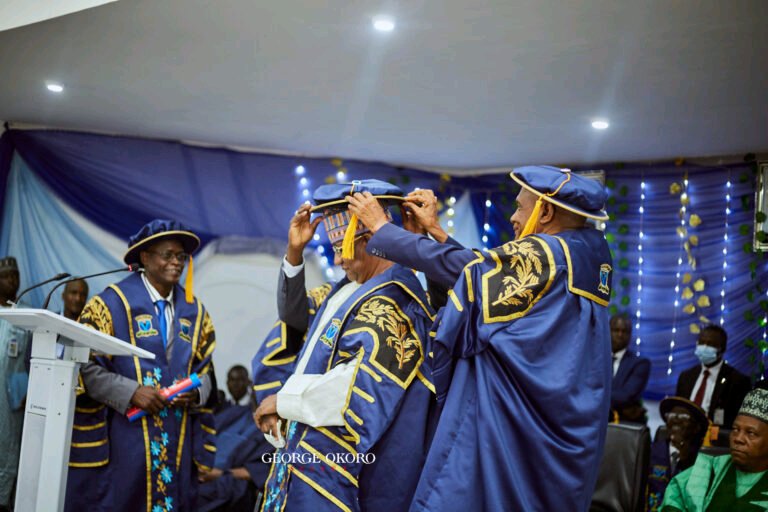 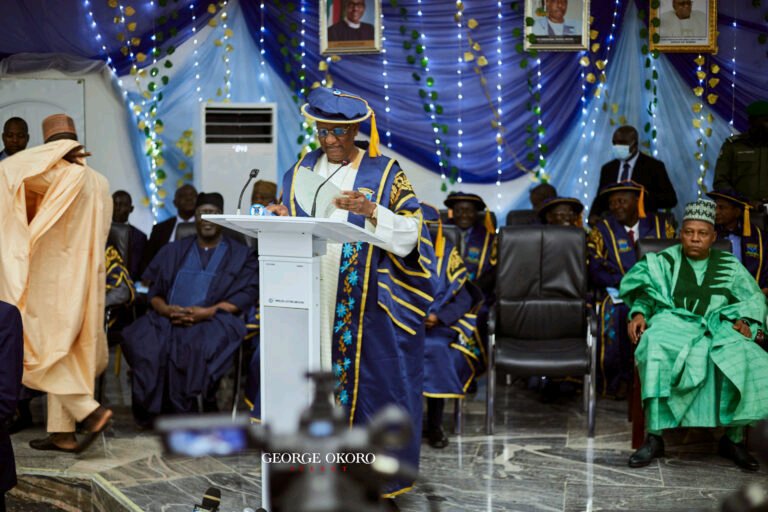 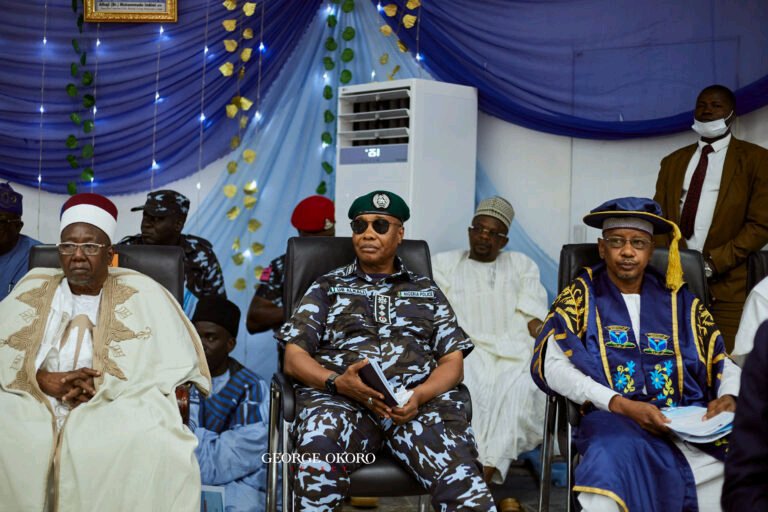 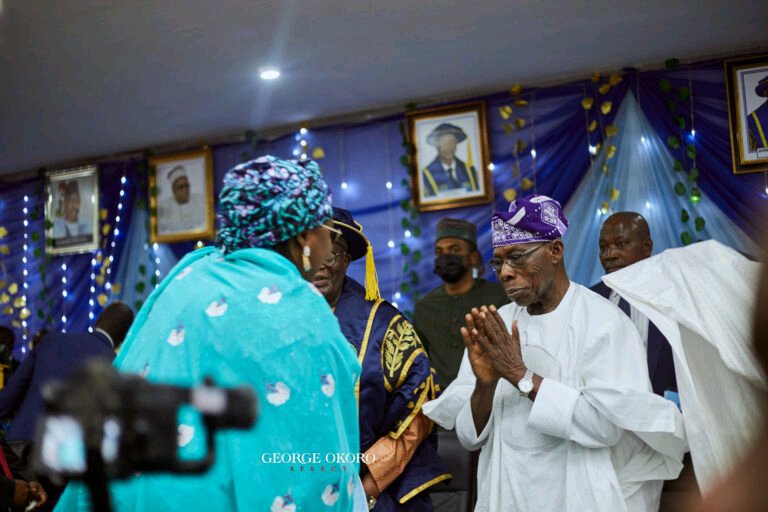 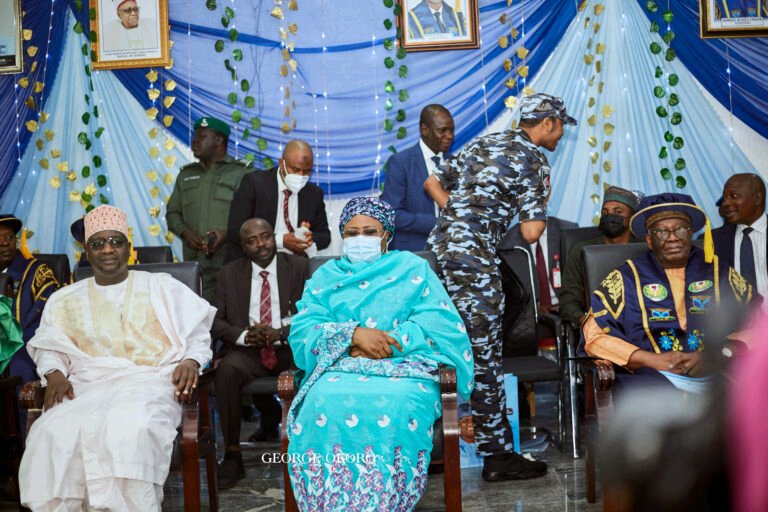 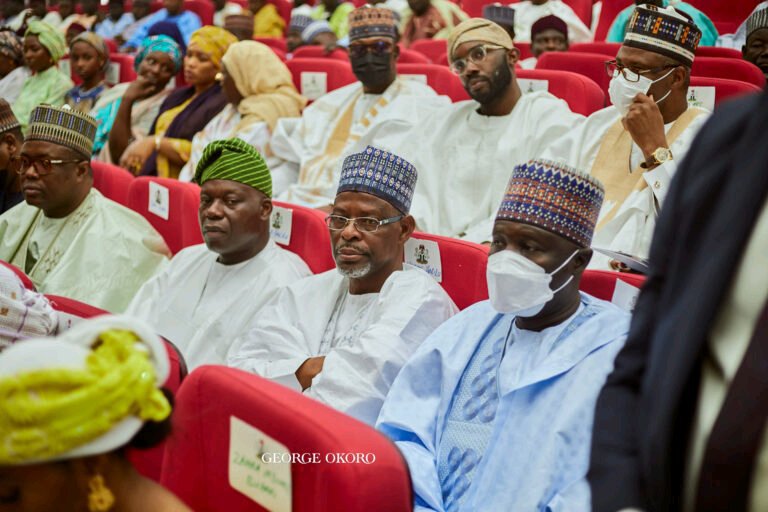 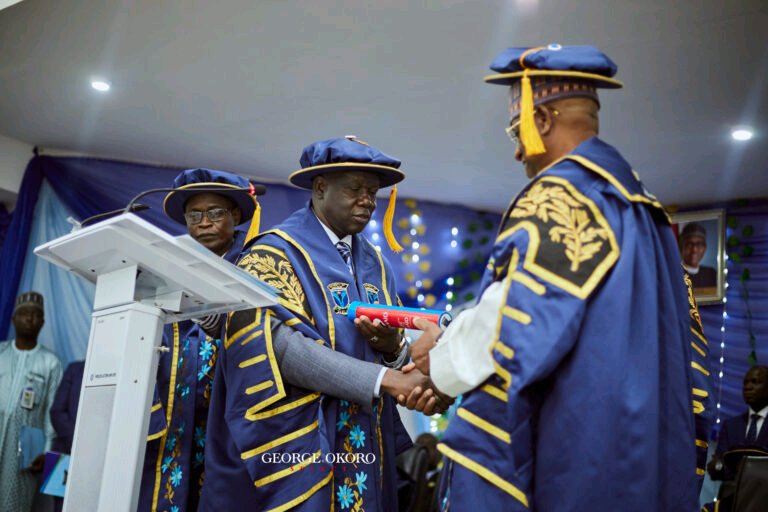 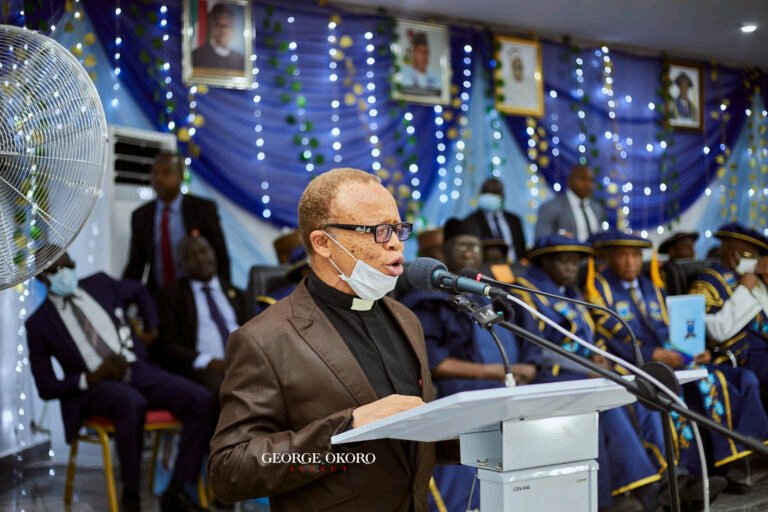 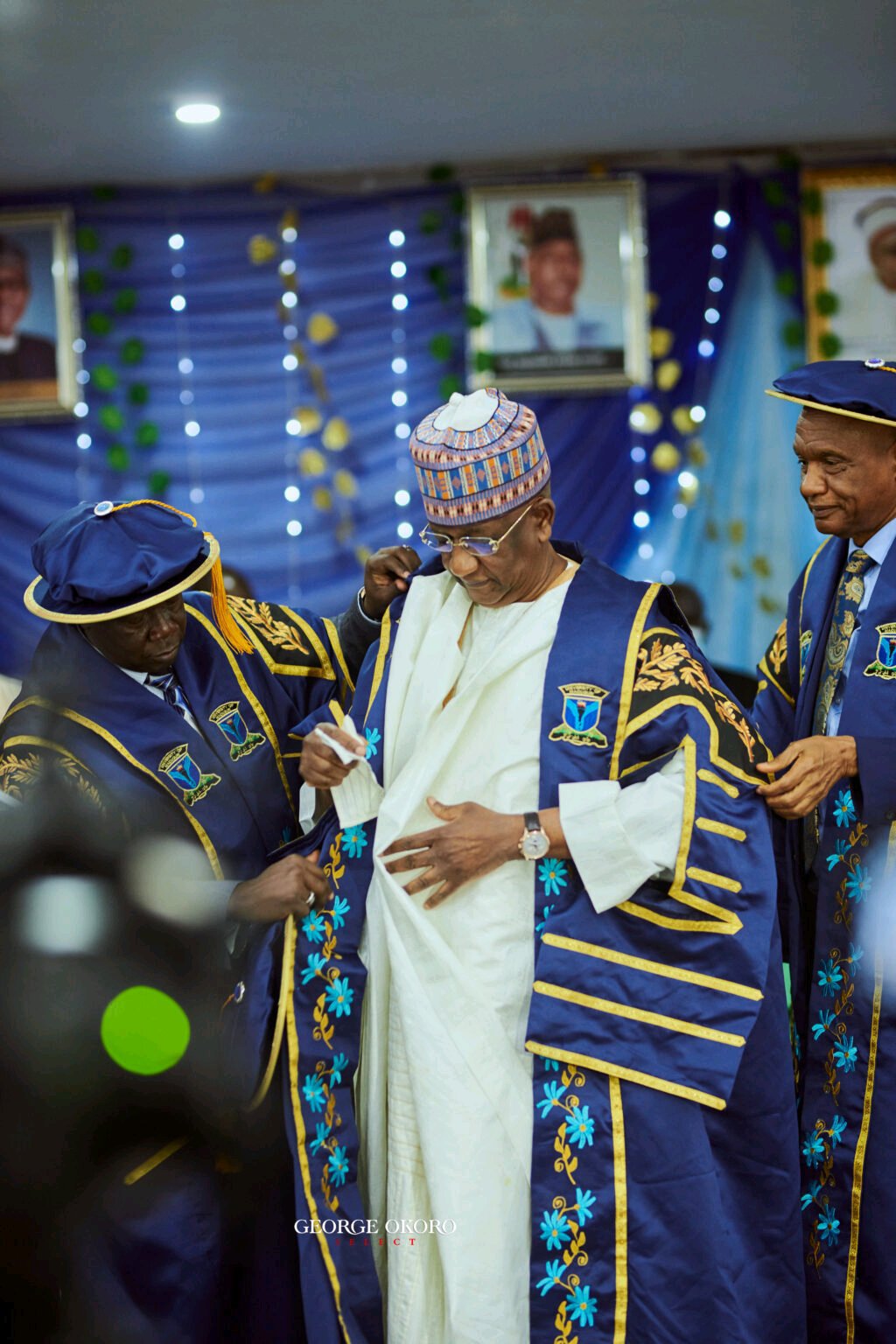 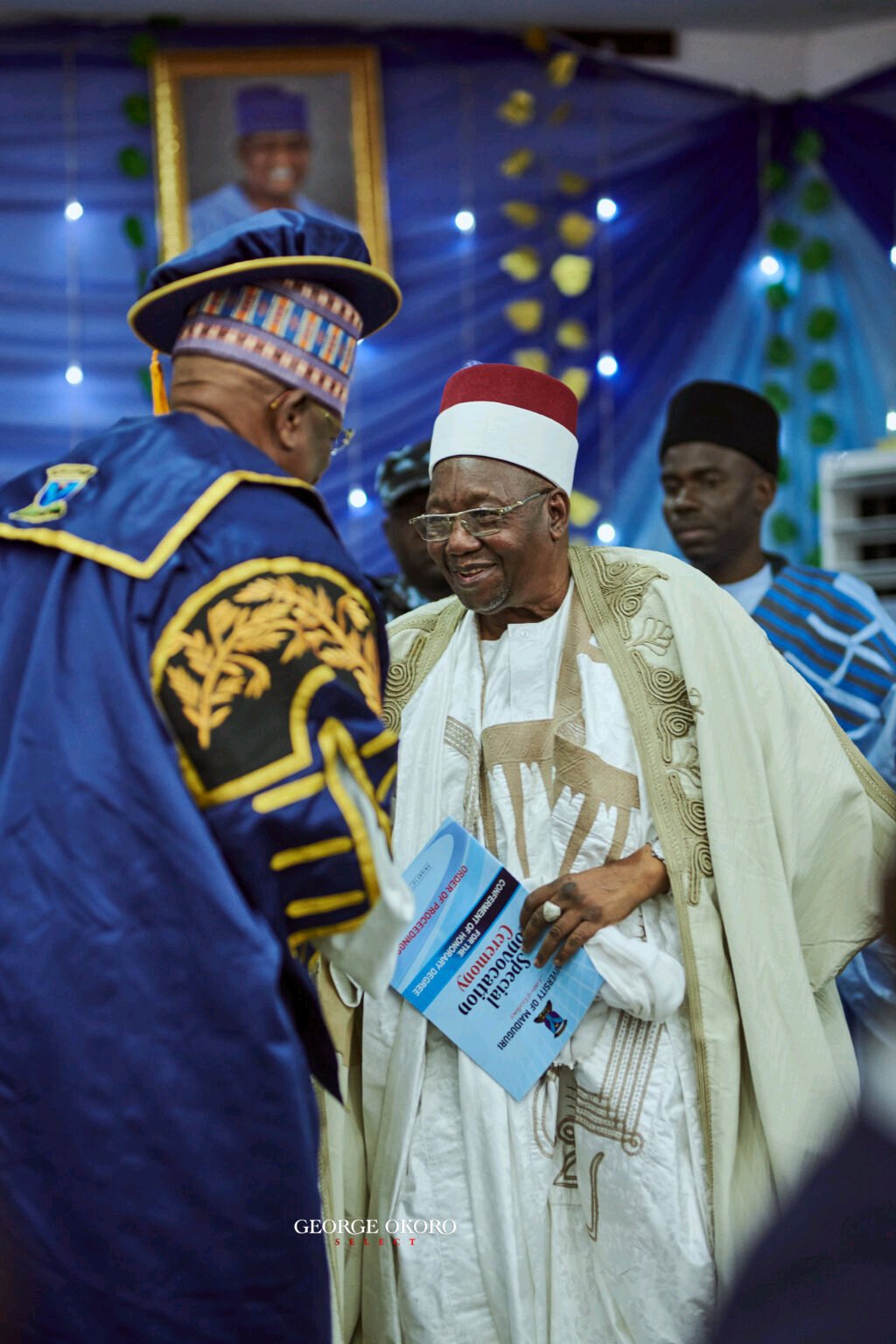 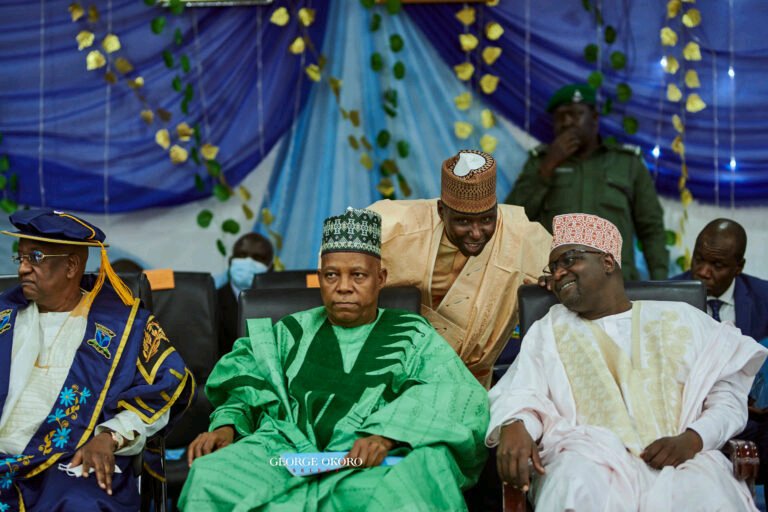 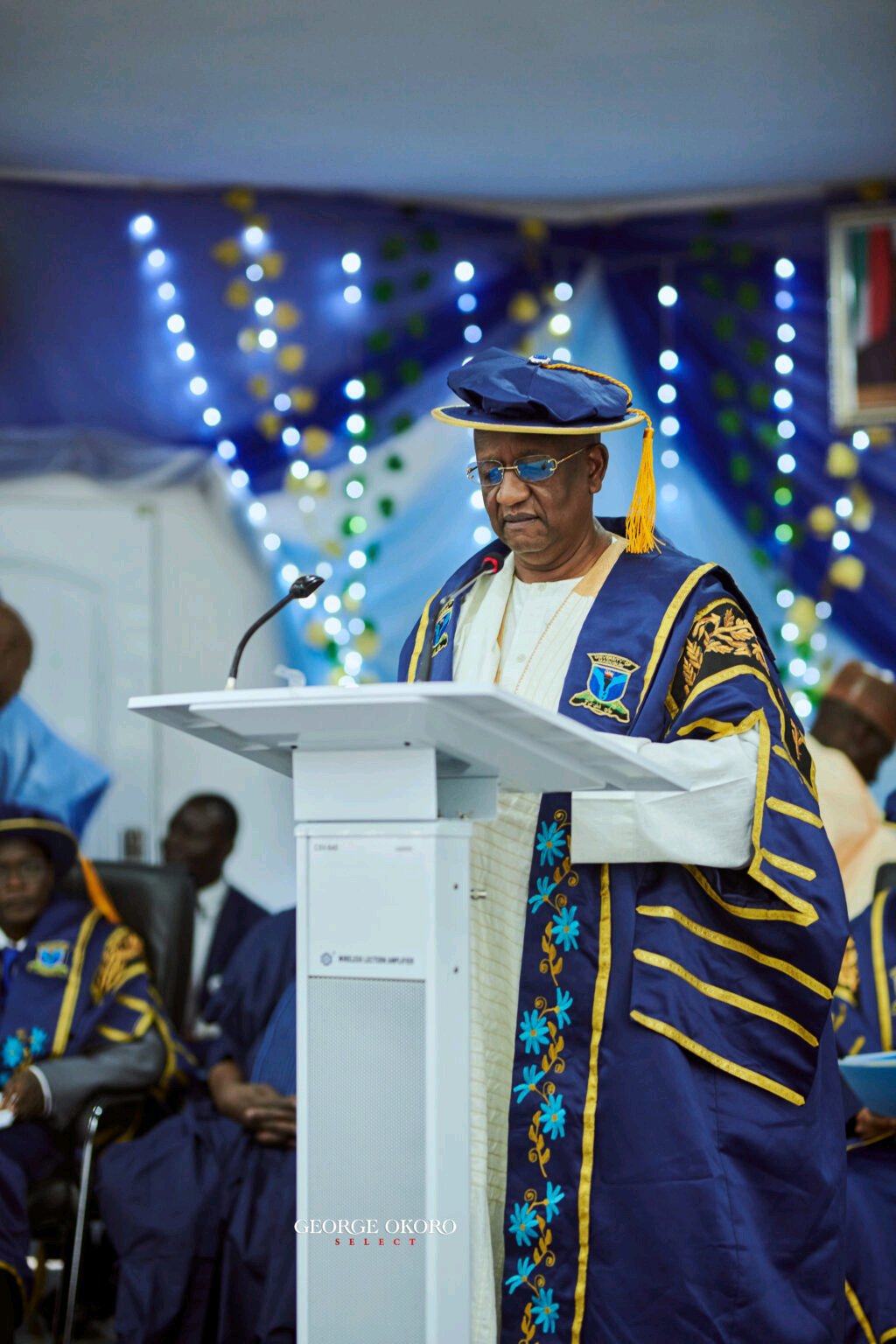 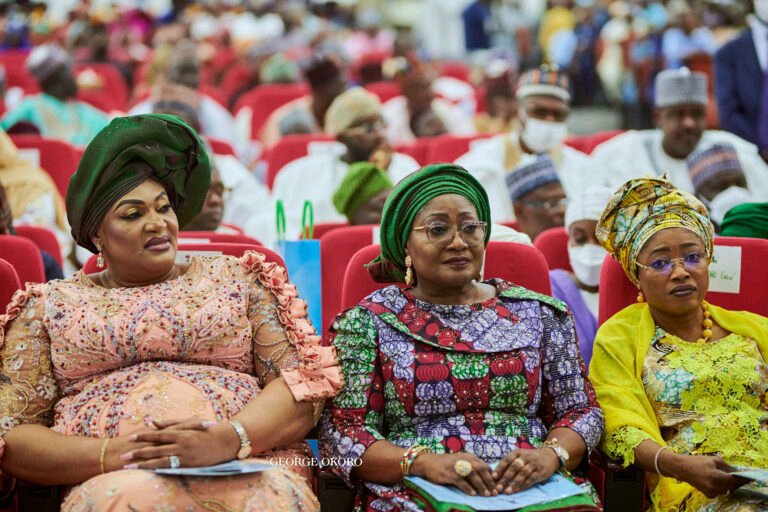 DSS releases Nnamdi Kanu’s foster mother after three months
Photos: All we need in life is direction, mentoring – Obi Cubana says as He spends time with Pastor Adefarasin
To Top