Tonto Dikeh didn’t share her dream with her but it was obvious she was eating in her dream and was served half meat and half fish which got her angry and took to social media to bursts it out asking the witches in her dream to respect her.

According to her, they don’t call her OBA in real life for nothing therefore, the dreamland should respect her real life and not repeat what they did to her by giving her half meat and half fish in her dream for what exactly.

Tonto Dikeh then made fun of the whole issue by saying even the witches are now being stingy asking how they can serve her half meat and half fish in her dream and that makes them so disrespectful to do that to her in the first place.

Every dream has a meaning but it appeared Tonto Dikeh wasn’t interested in the meaning of her dream hence just made fun of it calling the witches in her dream stingy and asking dreamland to respect her real life.

Netizens reacting to her post were only laughing because the way she put it was just funny but a few of them tried to draw her attention to the fact that the dream has a meaning and she should try and understand what it means. 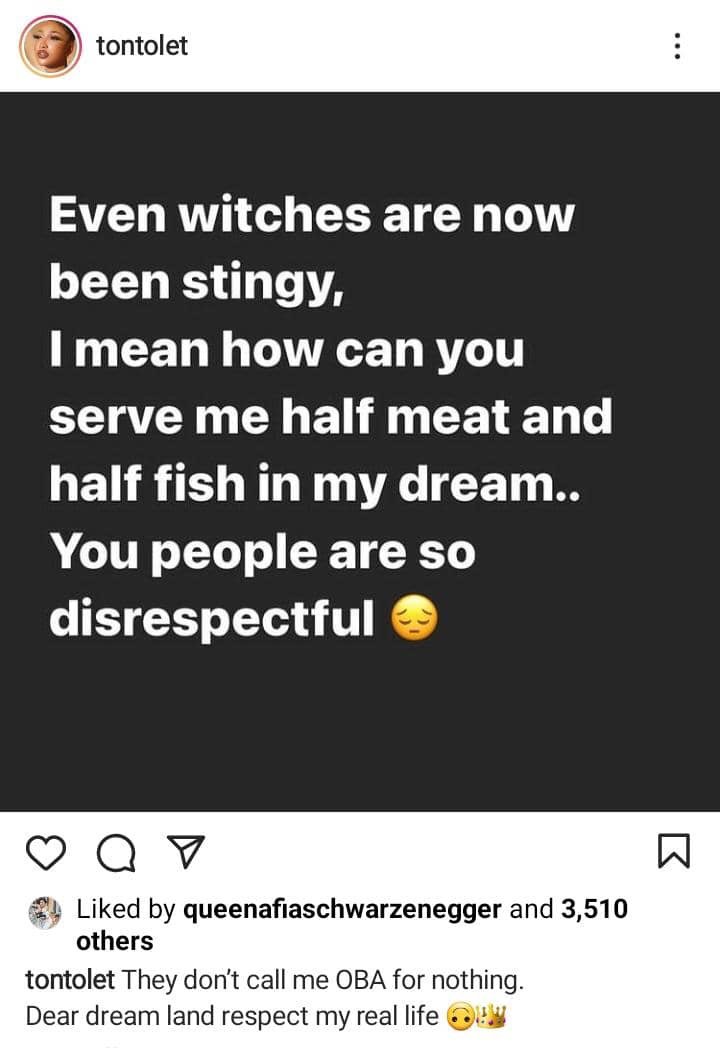