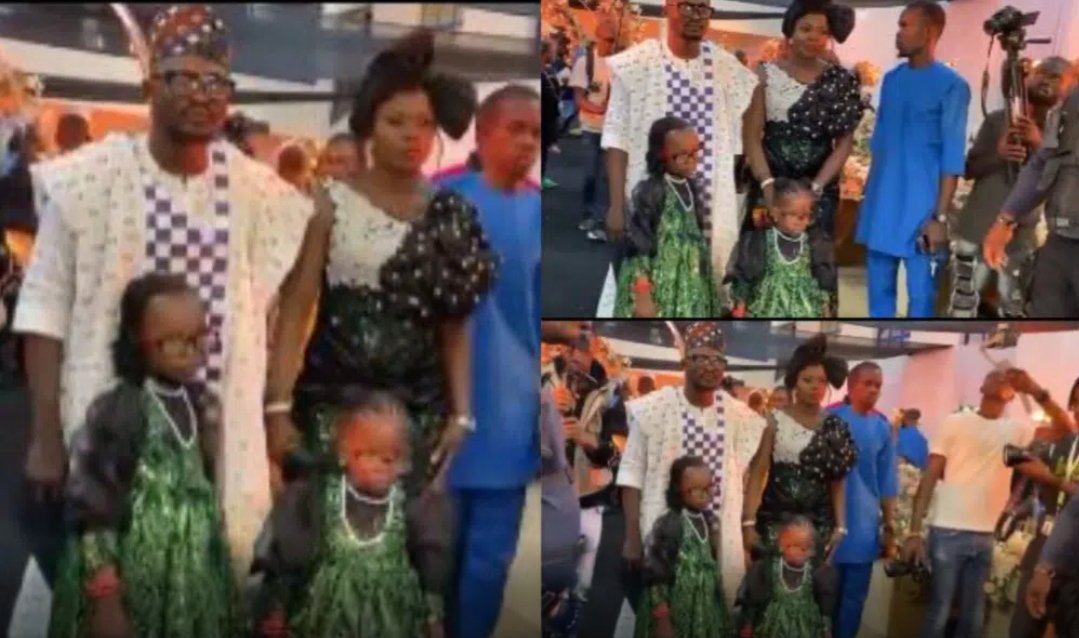 Yoruba Nollywood actor Abimbola Kazim better known as Jigan Baba Oja or Jigan, has taken the Internet by storm as he unveiled the face of his wife and two children.

The actor is the talk of the Internet with his 40th birthday celebration in Lagos in the presence of his colleagues.

June 2022, Jigan specially marked his 40th birthday. He was celebrated amidst love and cheers by his fans, family, colleagues and friends.

Different online videos from Jigan’s 40th birthday party captured beautiful moments between him and his wife and children. He was captured posing for the cameras with his wife and two daughters.

Days after Georgina Onuoha dragged Yul Edochie to filth, May Edochie shows her love
Why female artistes should be encouraged —Yemi Alade
To Top