Recent reports have alleged that popular singer, 2Baba Idibia, has gotten another lady, a banker, pregnant.

The story was shared by Instagram blogger, Gistmerchant who alleged that his recent act is the reason behind his apology message to fans and family.

Recall, 2baba made headlines after sharing a public apology to his beloved wife, Annie Idibia and his family for not being a good father.

Reports making rounds on social media claim that the singer’s apology was forced because another woman who is said to be a banker is pregnant for him.

“So 2face recent apology. Turns out he got another lady pregnant. A banker. I’m tired”. 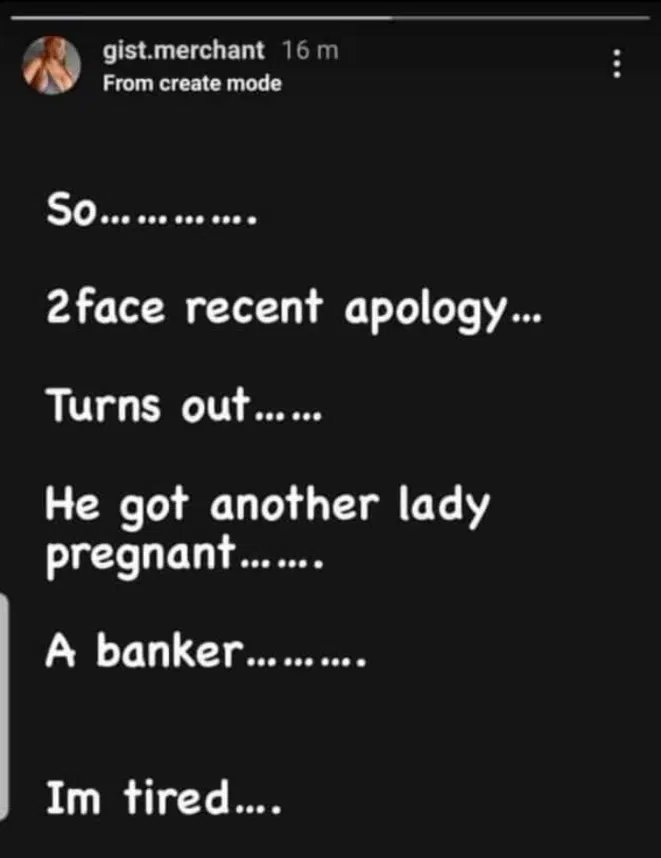