Singer Brymo has made scathing allegations against 2face Idibia, alleging that the music icon accused him of sleeping with his wife and also sending thugs to beat him up.

“In the very recent past, a man falsely accused me of sleeping with his wife and I’ve waited in angst, and the words were never taken back still, efforts were consistently made to prove I did it still and my soul has known no lasting peace ever since,” Brymo tweeted.

Brymo proceeded to narrate two awkward meetings with 2face and another one with Annie Idibia. “Mr Innocent Idibia had, at an AFRIMA press conference in 2015/16 or thereabout, walked into the room, sat beside me and elbowed me in a supposed greeting, as much as 4-5 times, repeatedly, while looking away, saying ‘BrymO, BrymO…’ and we exchanged no other words that day!”

The singer also said that during a meeting with a group of people, Mrs Idibia asked him “what the future held for my career..” Brymo said he considered the question “a sleek attack.”

In another meeting with 2face, according to Brymo, the music icon “made a point of referencing another artiste, who in the past had claimed king at his expense. Letting me know what my fate might be if I kept eyeing ‘his Throne’ .. weeks later I saw the other act bowing to him repeatedly on stage!”

Brymo also recounted how he was lured to a hotel and attacked by some touts.

“Weeks later I was lured into being hosted by a friend I had just met and after spending days getting high and philandering, I was asked if I would love to join an organisation, of which I responded ‘well I might want to accept but I do not subscribe to being battered,” he wrote. 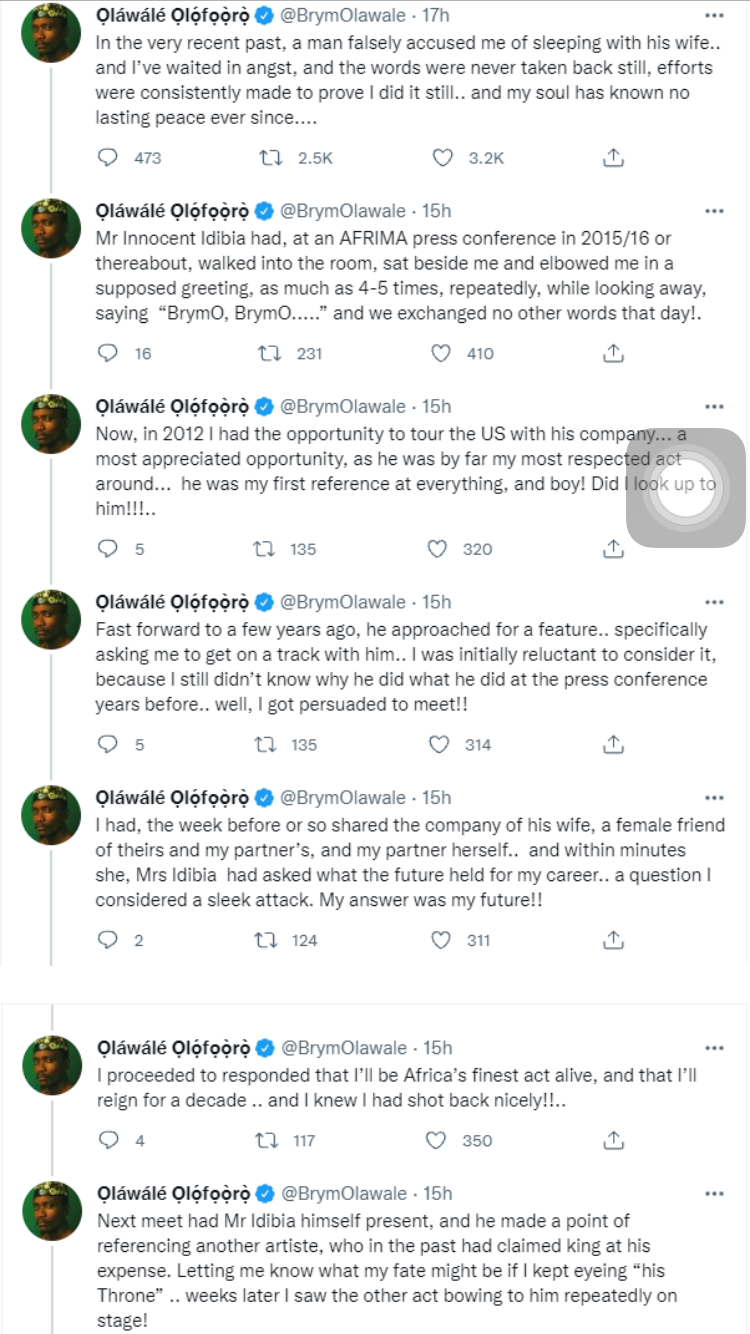 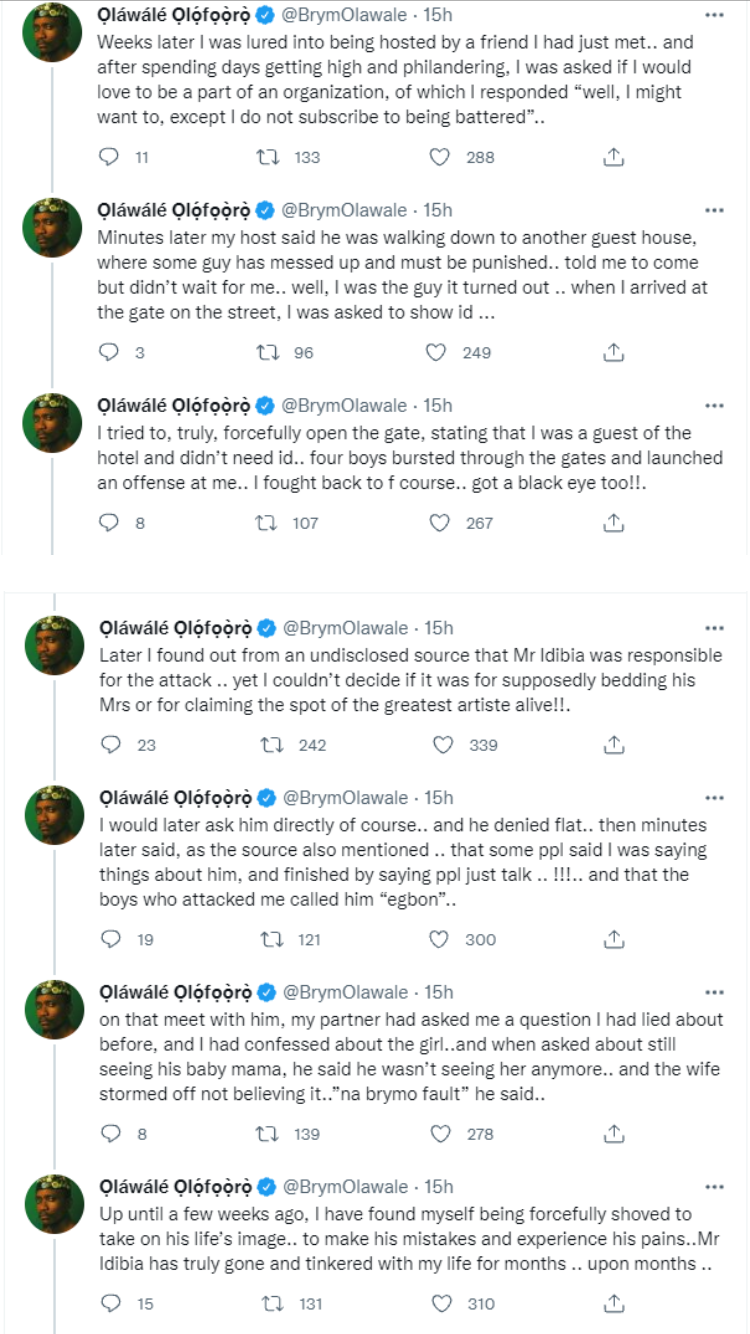